Today was quite a lazy start for me, but we were still out the door by 9.30am. We drove about 5 minutes away to the Park and Drive service, which cost less than 1.60 pounds for a return trip into Shrewsbury and the all-day parking was free. I would definitely recommend it for anyone staying outside the town centre of Shrewsbury! It was about a ten minute bus drive into the Market Hall, which is next to tourist information, so we loaded up on brochures and walked to the Welsh Bridge, where a river cruise leaves every hour on the hour from 11-4. The boat is called 'Sabrina' which is the Roman name for the River Severn which surrounds Shrewsbury, and the word Sabrina comes from the name of the water goddess of the river. The trip is 40 minutes, from the Welsh Bridge to the English Bridge and back. You can order a drink and enjoy beautiful views and a running commentary from the driver - it was a really lovely introduction to the city. You pass a few interesting sights, among them the extremely expensive private school, whose alumni includes Michael Palin and Charles Darwin. There is also a brewery along the river, which used to draw the water from the river to make the beer, which is slightly gag-inducing. The riverbank was much, much higher only 3 months ago, and you can see the watermark on people's fences. 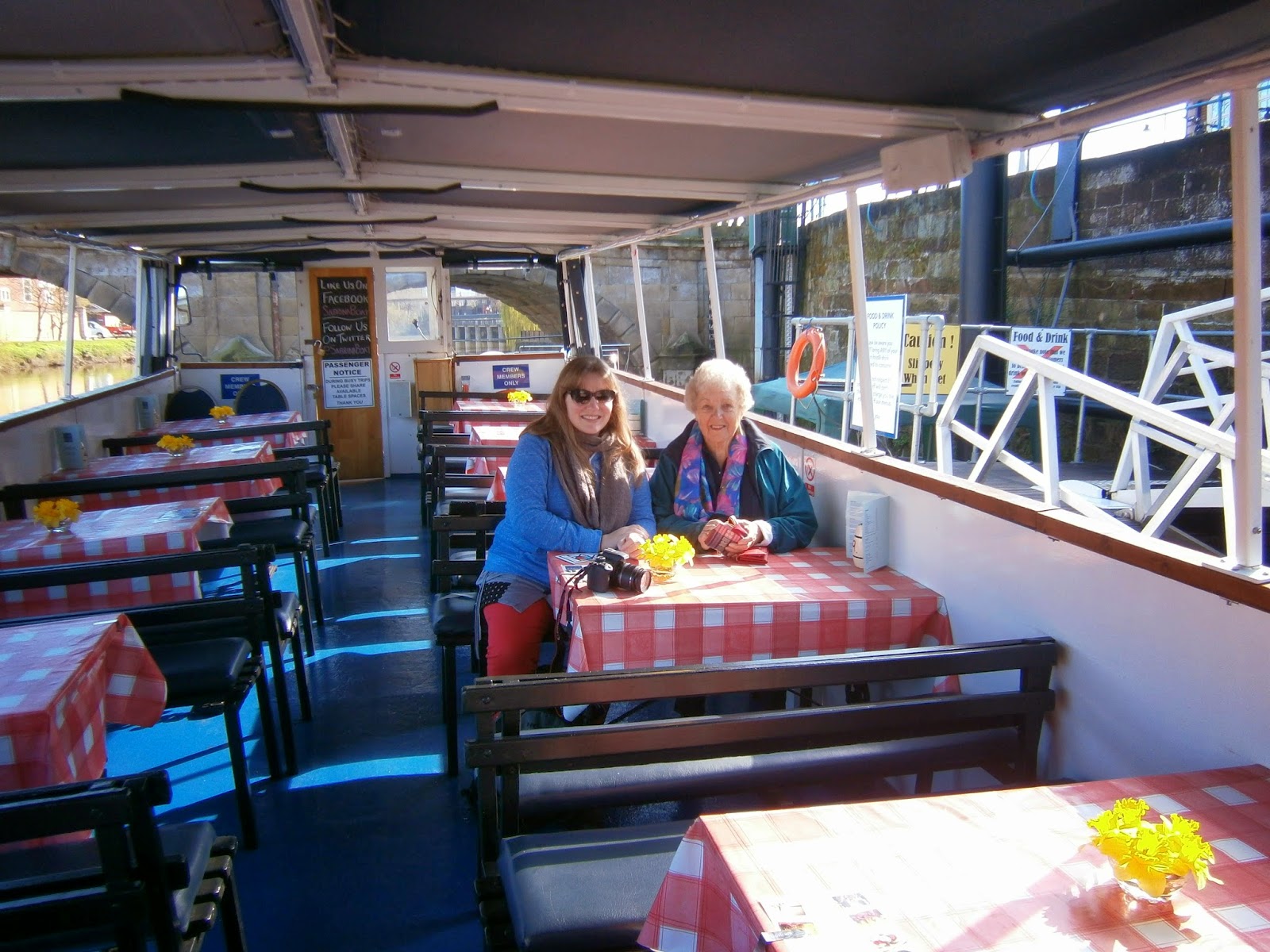 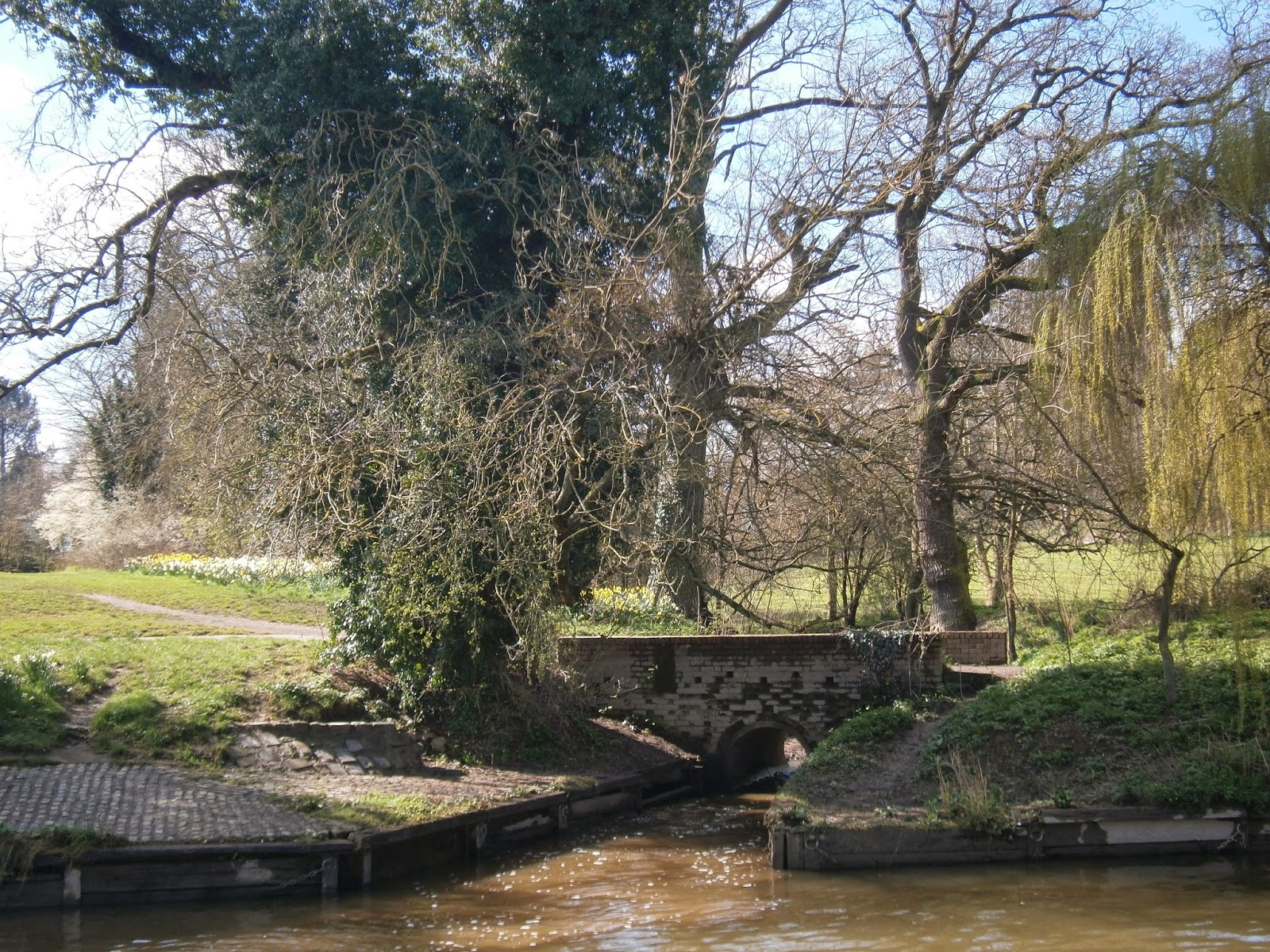 Another beautiful place that you pass on the river is the Quarry, which is a huge parkland in the Shrewsbury town centre. In the middle of the Quarry is a sunken parkland called the Dingle, filled with the most beautiful flowers and water features. There were park benches and flowers planted in memory of many different people, as well as a sculpture of Sabrina. 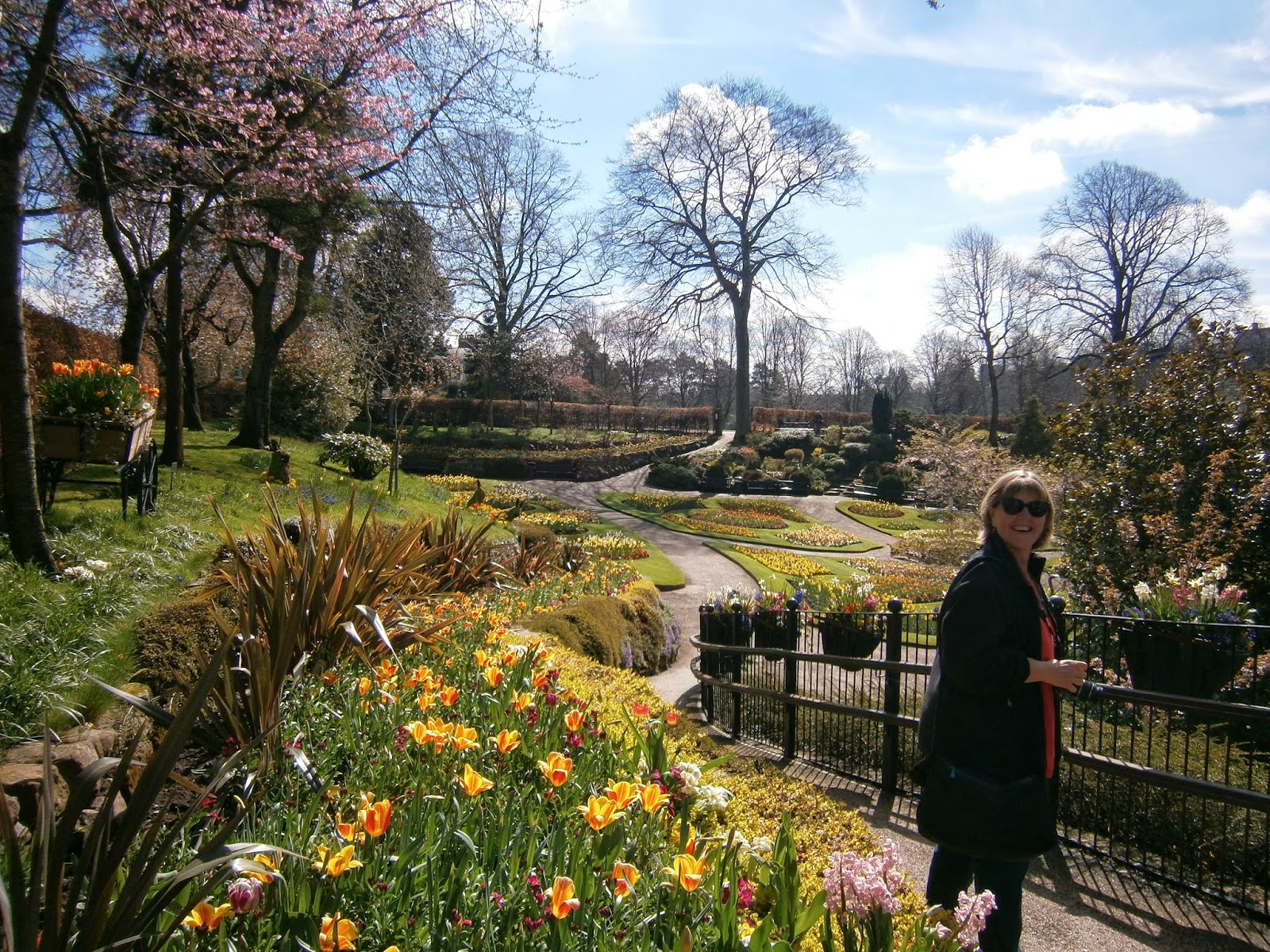 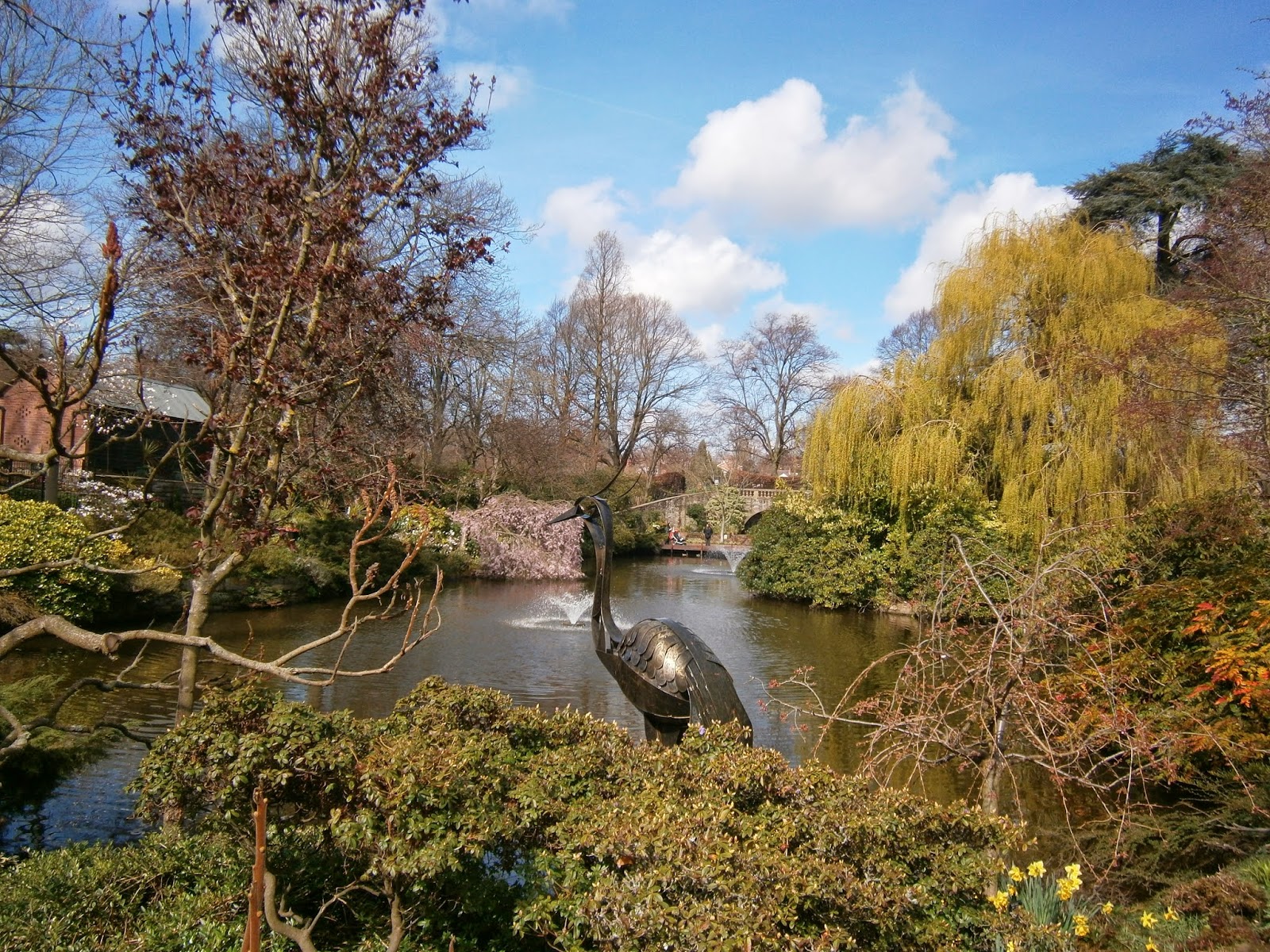 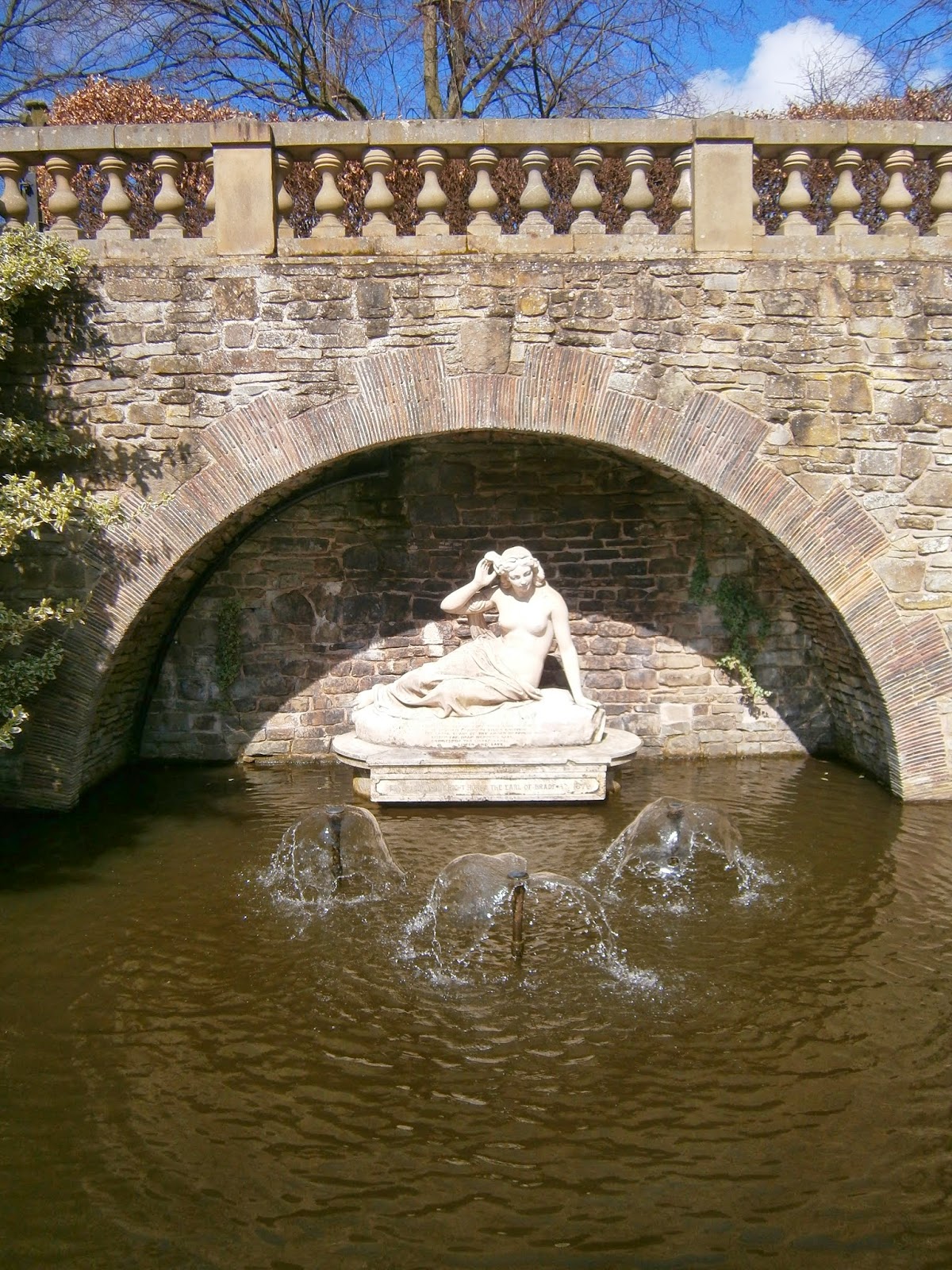 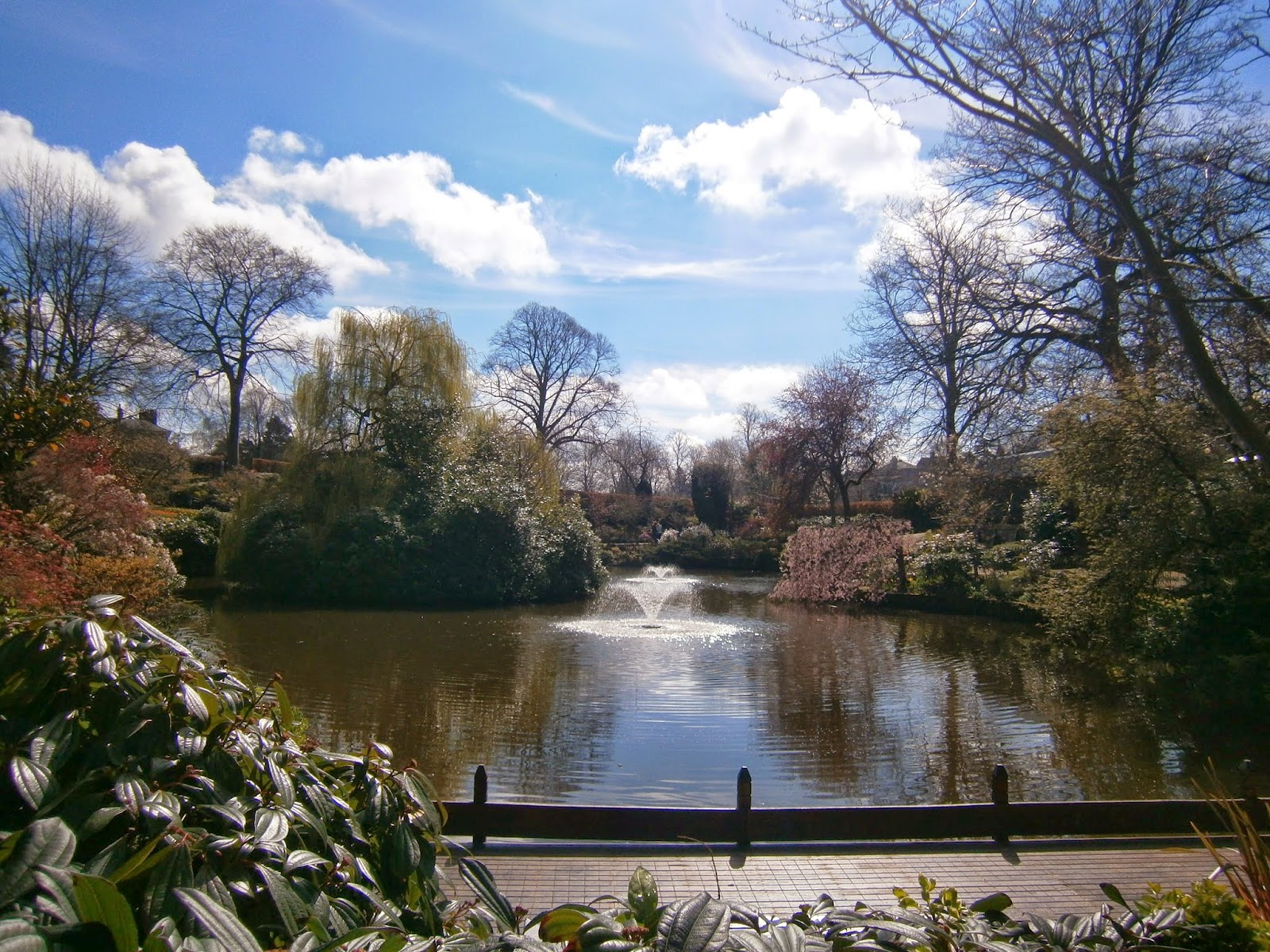 We then visited St Chad's Church, the Shrewsbury Cathedral, the Shrewsbury Abbey and then St Mary's Church. Needless to say, I am all churched out, though we did see some beautiful things. St Chad's is a circular church and somewhere in the churchyard is a gravestone for Ebenezer Scrooge! This was placed there during filming of A Christmas Carol and was left there for kicks, but unfortunately I couldn't find it. A lovely nun told us that the Shrewsbury Cathedral is the smallest cathedral in the country - and it was a very sweet little cathedral indeed - and it also sits on the old town walls. In both Chester and Shrewsbury, the postal addresses for the houses along the town walls are '11 City Walls' and '6 Town Walls'. It's a really cute quirk of these old walled cities.


Shrewsbury Abbey was built in 1084, and there are still parts of the original building that survive. It has become particularly famous last century because of the Brother Cadfael series of novels, which I've read a couple of in preparation for this trip. Marnie and Grandpa visited the Abbey about 20 years ago and saw the herbarium and scriptorium and a number of other features from the books, but when we arrived there today, we were told that sadly the Abbey went bankrupt in recent years and all those extras in the Abbey grounds were sold off. Very sad. There is a wildlife trust that operates on the old land, but it has changed quite a bit apparently. But the Abbey is still beautiful indoors, and there is a special stained-glass window to honour Cadfael in there, and the non-Cadfael features are still very interesting. There are a number of 12th and 13th century tombs in there, and a little leaflet talking about Admiral Benbow, who was born in Shrewsbury. The Admiral Benbow is the name of the inn in 'Treasure Island' and I totally did not realise he was a real person. The more you know! 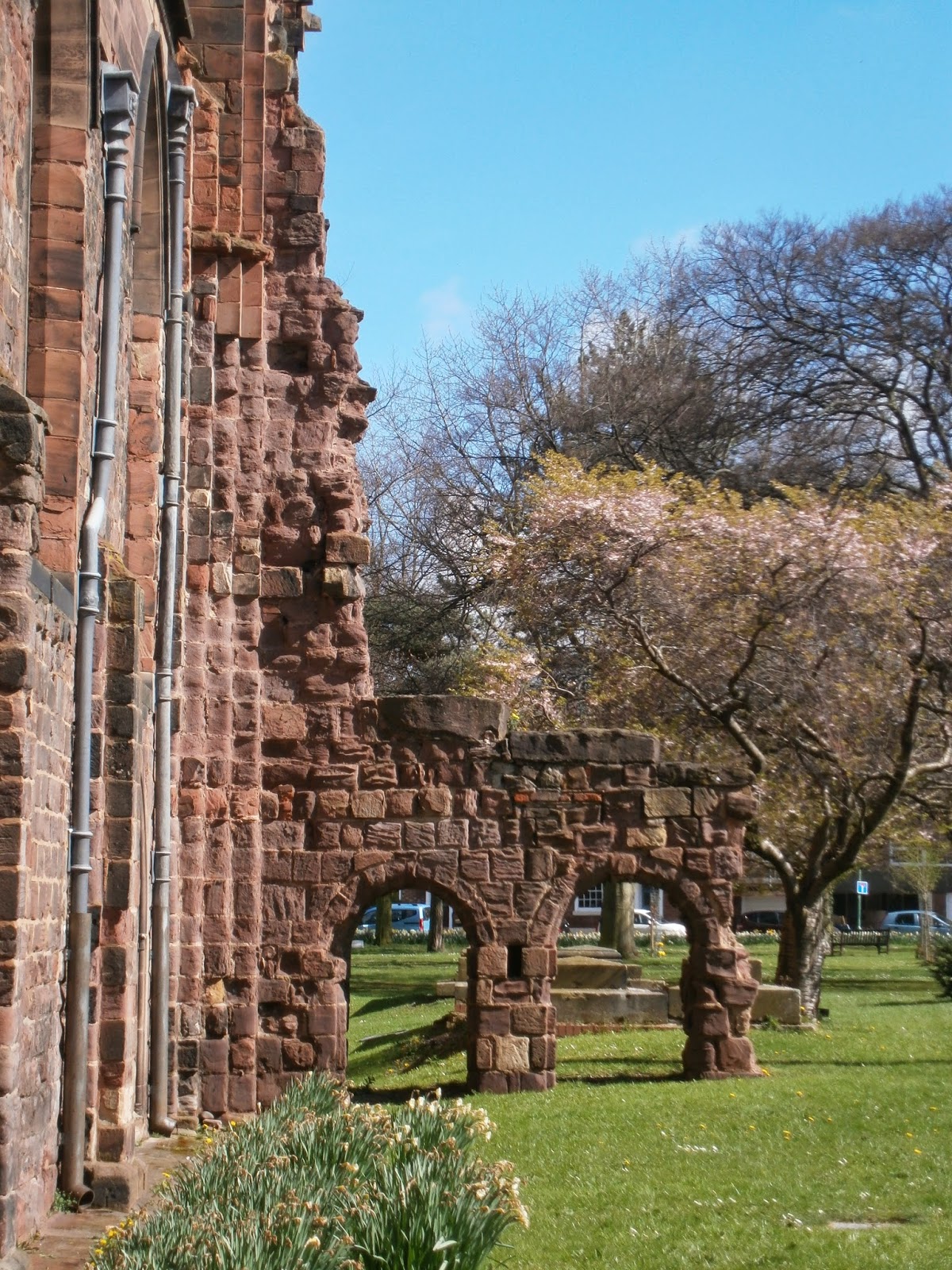 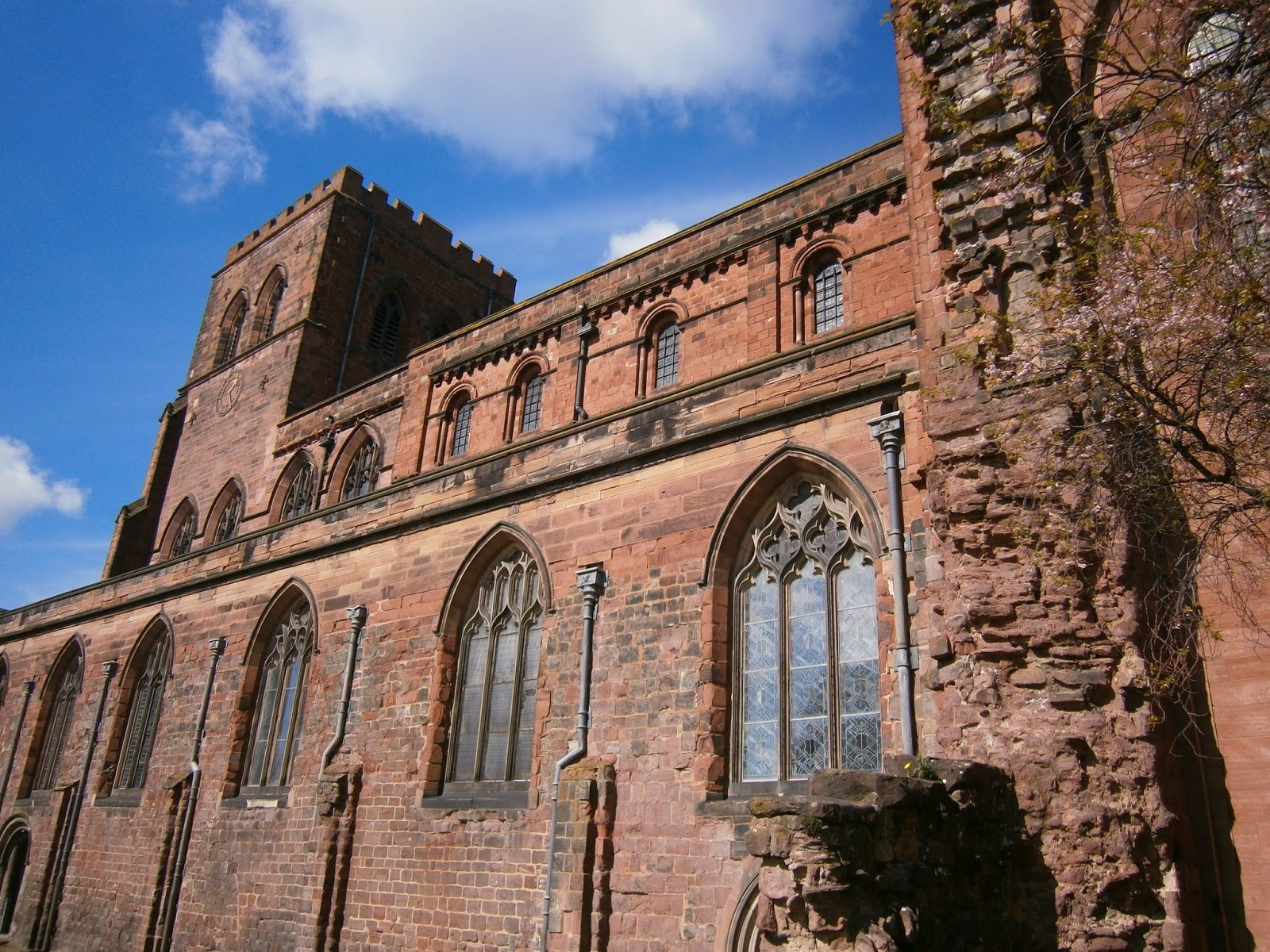 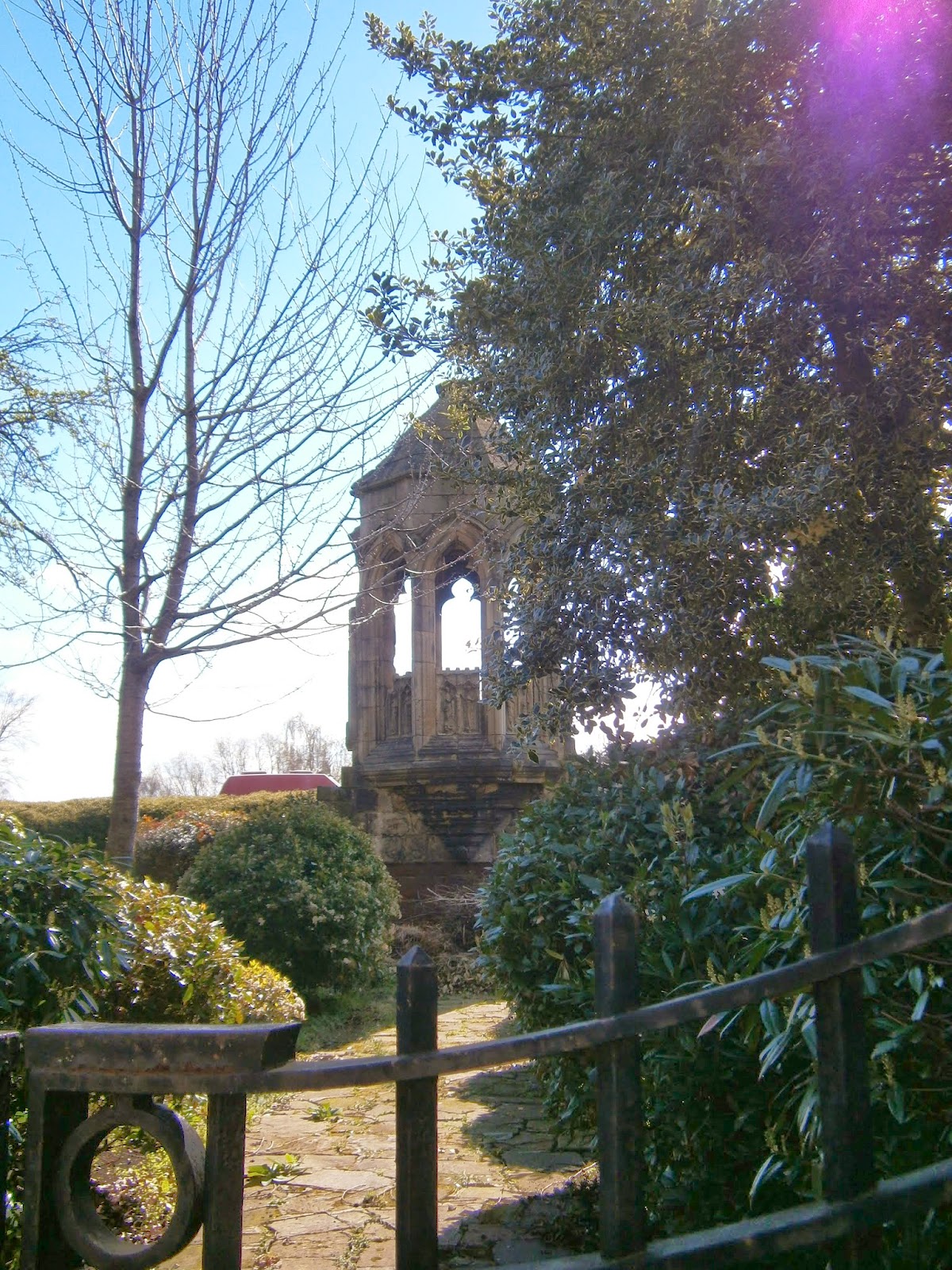 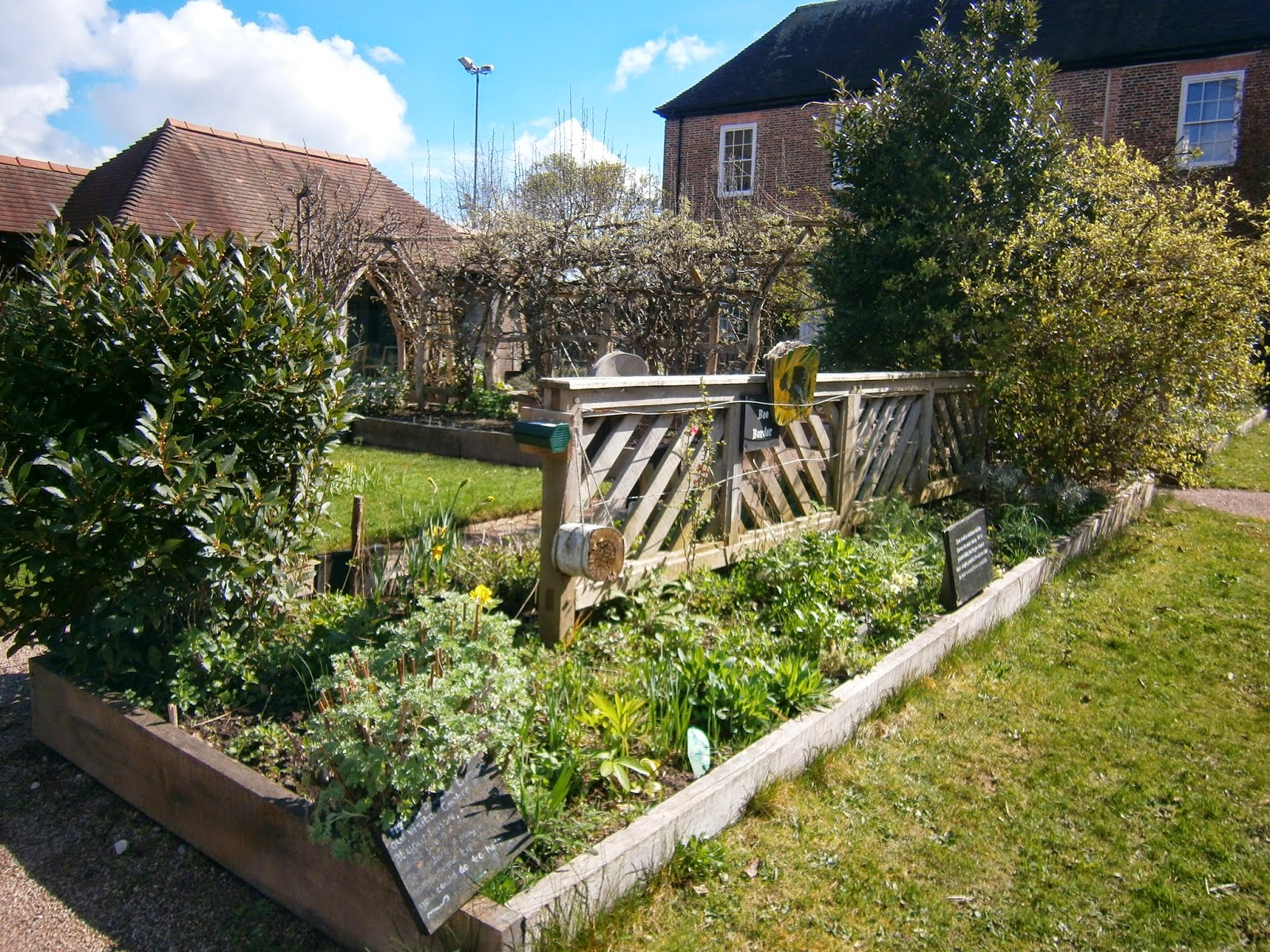 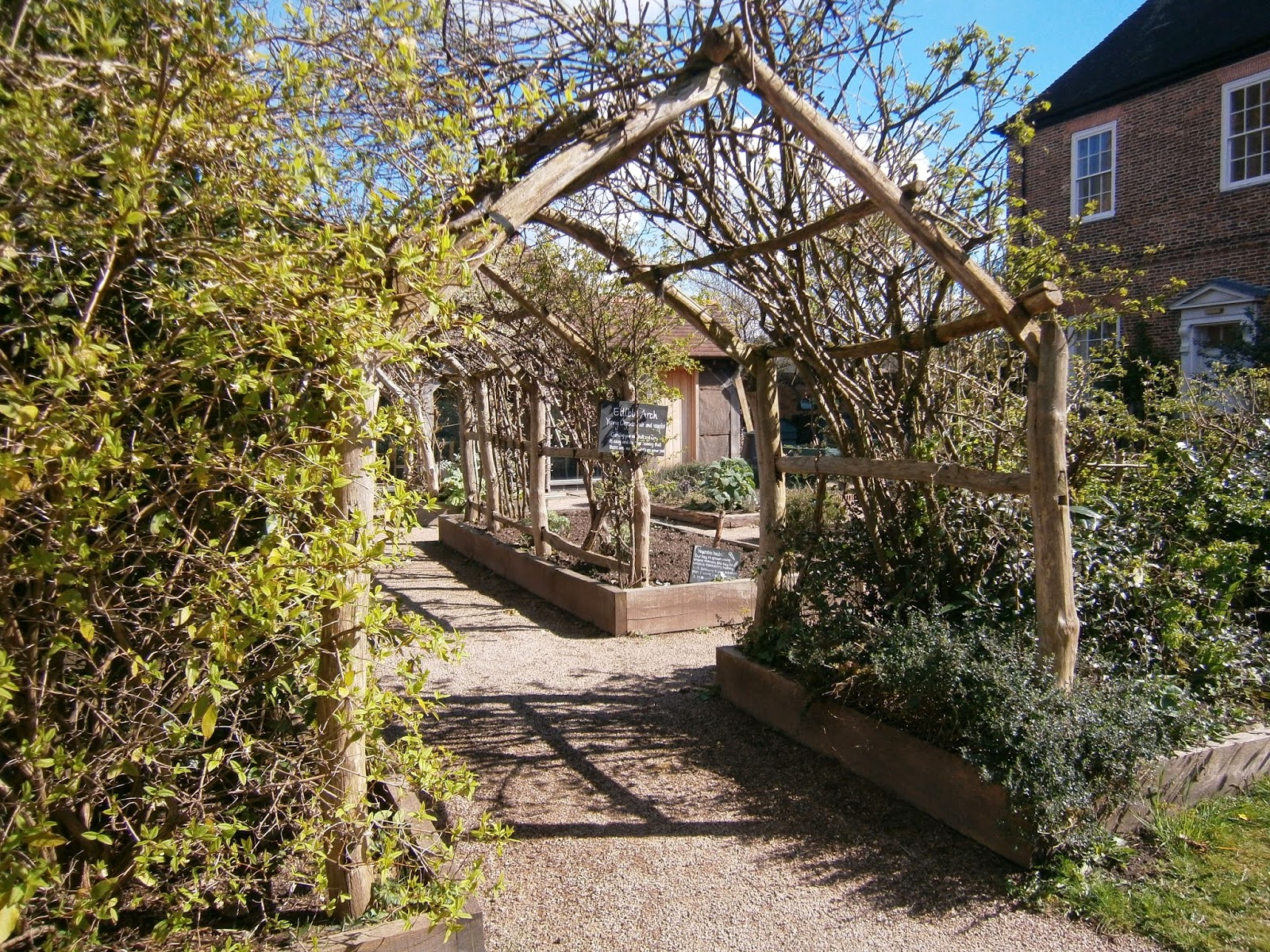 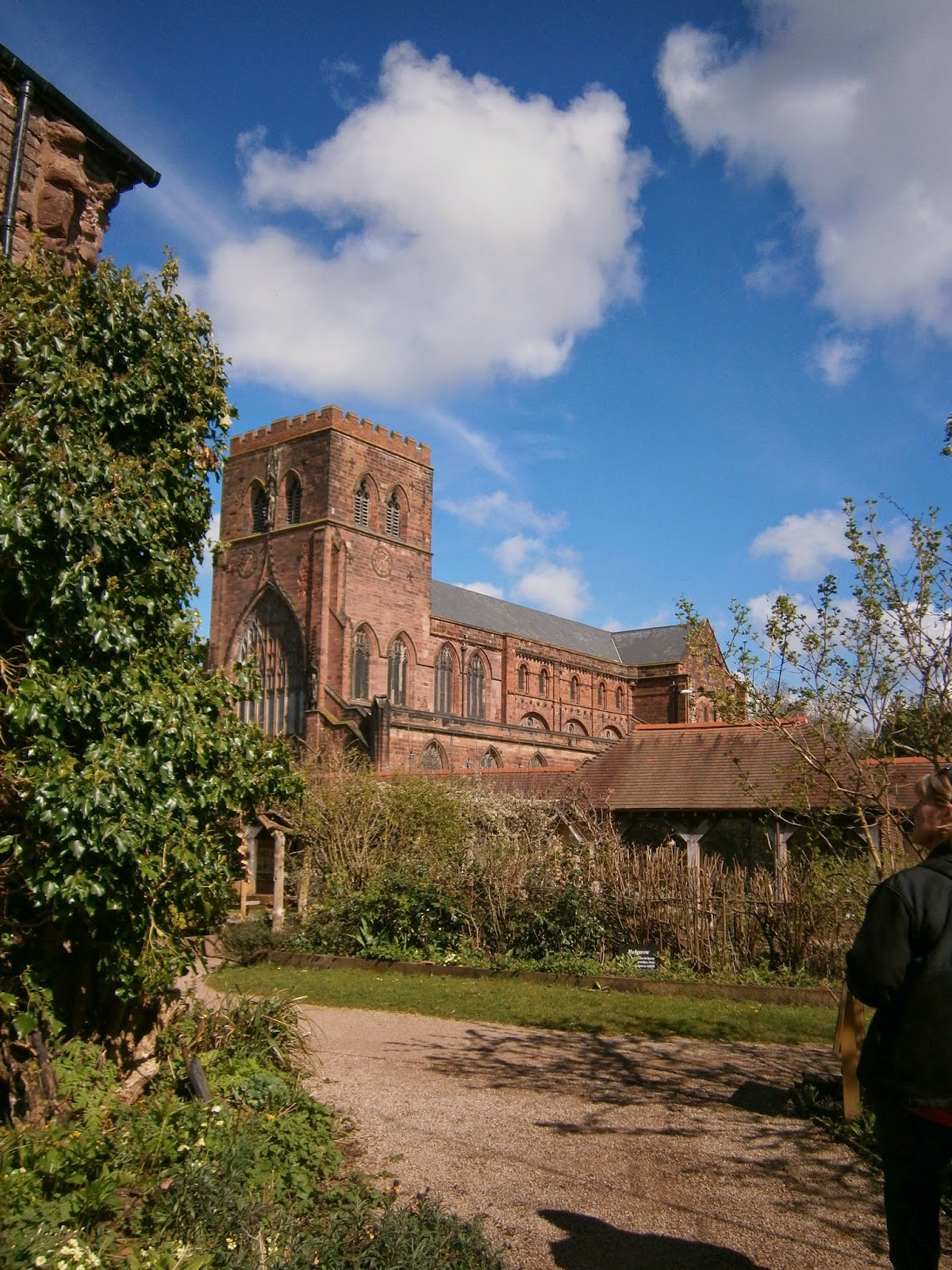 We had a really nice lunch (leek, mushroom, and goat's cheese lasagne) and then headed to St Mary's Church, which I think was the most beautiful of the four we saw today. It has an incredibly tall spire and contains a stained glass depiction of the Jesse Tree, which traces Christ's family tree all the way back to Jesse of Bethlehem, King David's father. It was pretty awe-inspiring. The guides in the churches and castles are always so helpful and willing to tell you all sorts of wonderful things that may not be explained elsewhere. I have not encountered one unfriendly person here, and it makes the holiday that much more enjoyable. 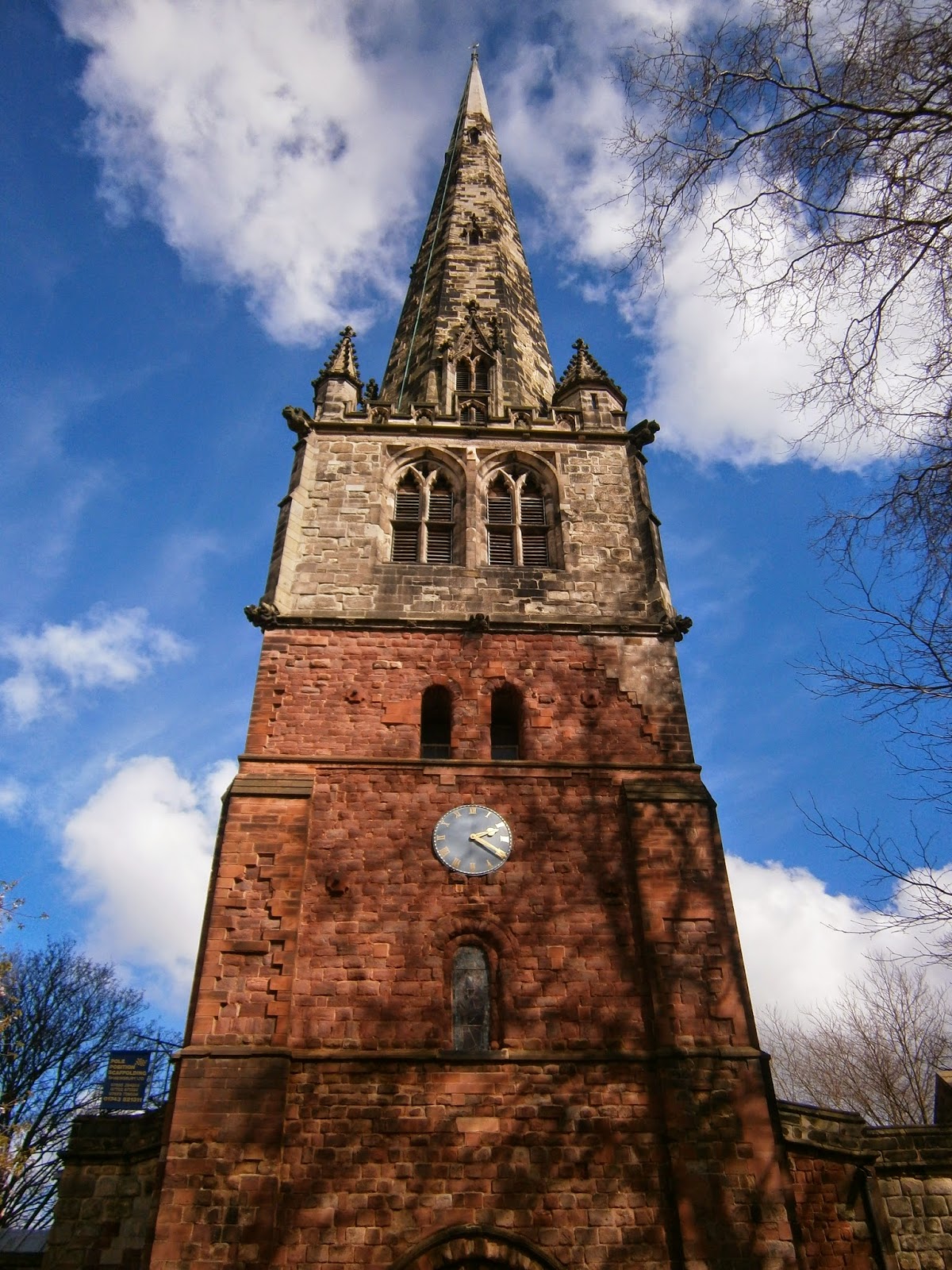 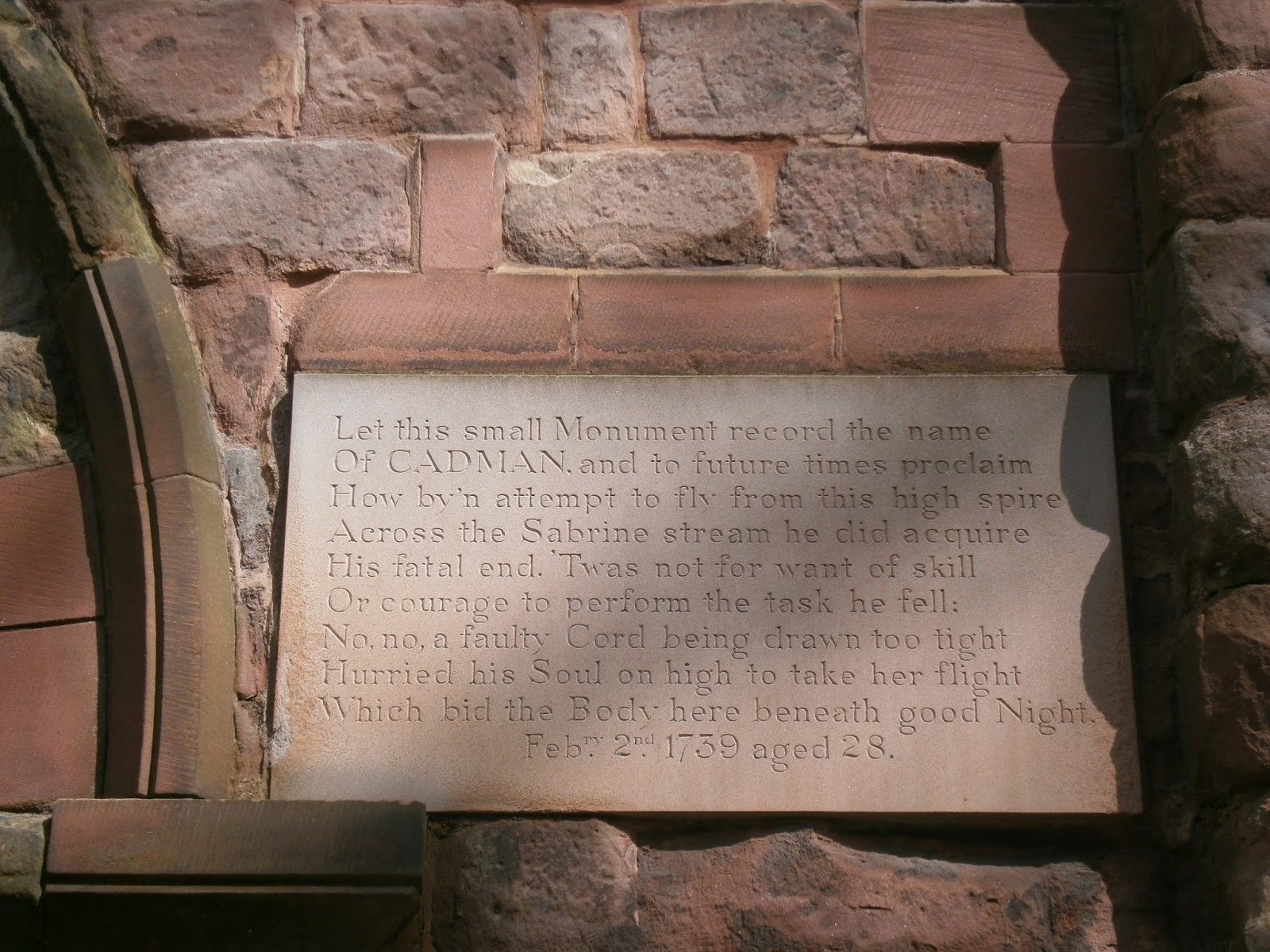 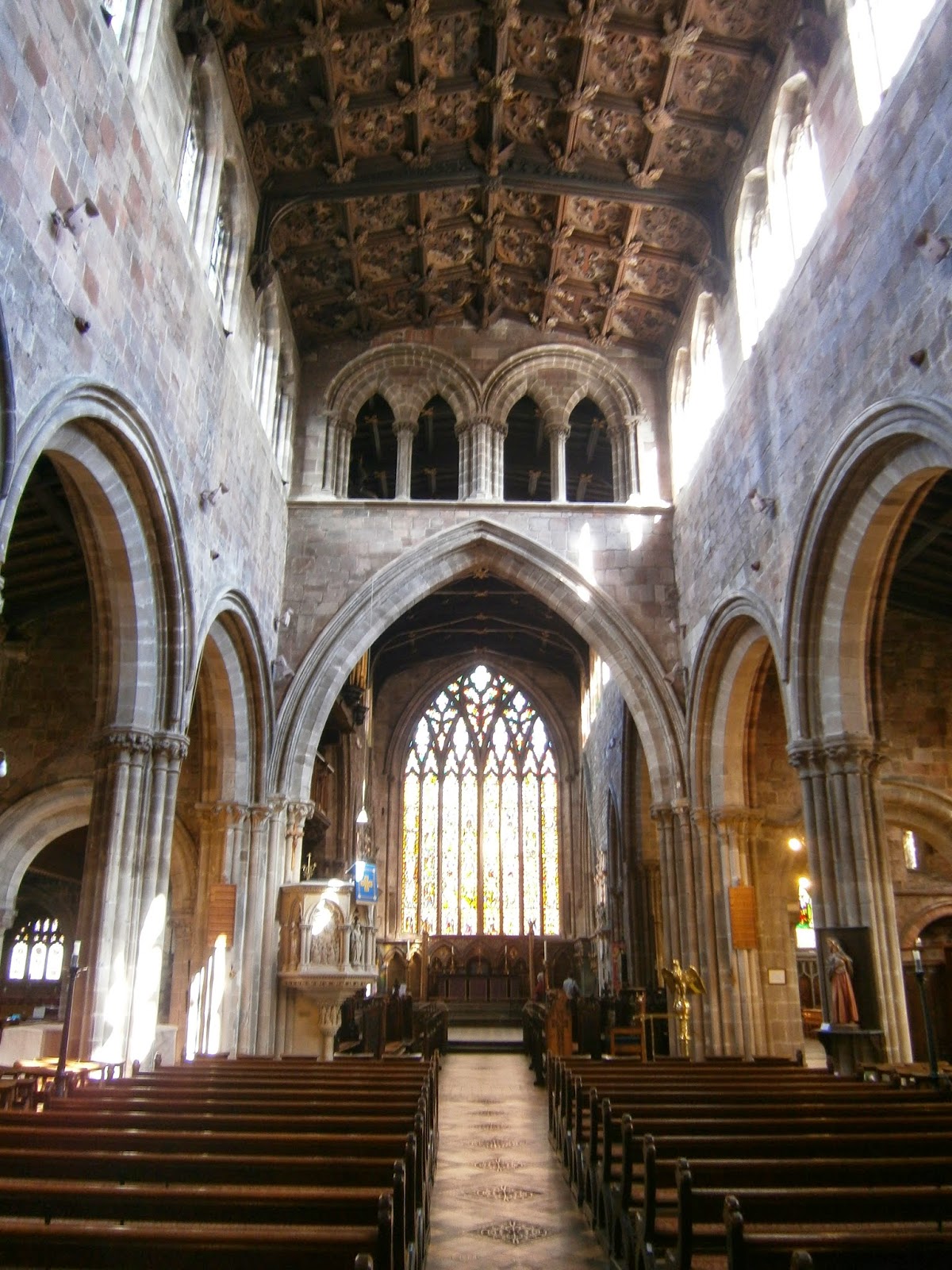 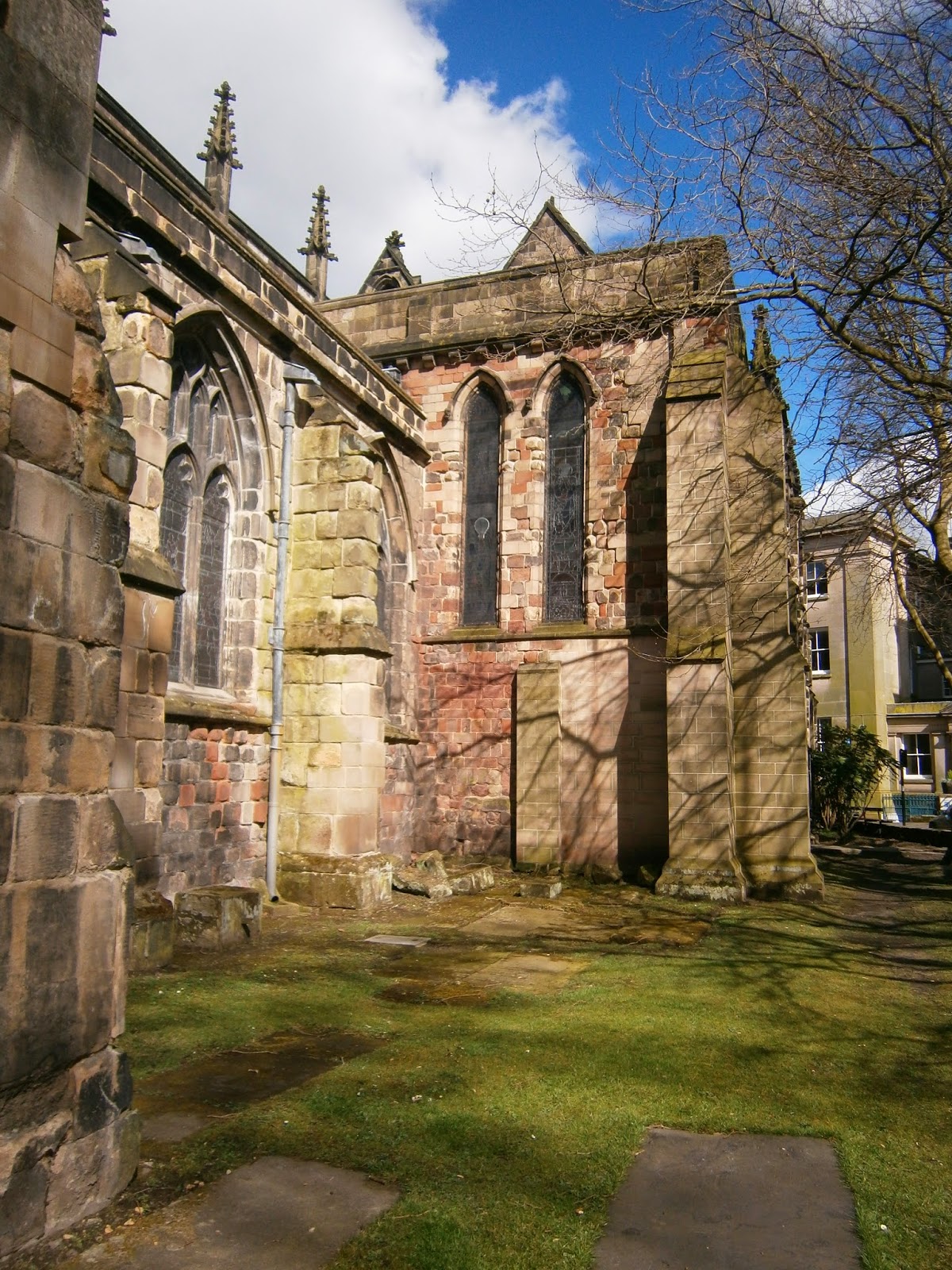 Afterwards, we split up and Mum and Marnie went shopping and I sat in a cafe with a hot chocolate and read my book, did a code word puzzle, and rested my legs, which are still sore from a million steps. Then we took the Park and Ride back home and are now sitting in bed watching Midsomer Murders and eating Welsh cakes. Bliss! Hay-on-Wye tomorrow, aka INTERNATIONAL BOOK TOWN. Yahoo!
Posted by Miss Prince at 13:00