Ludlow and Tenbury Wells and HAY-ON-WYE

This morning we woke up relatively early, so we went for a walk down to the Uffington Church and behind, over paddocks and through turnstiles and down little country lanes along the river. I Skyped Sean before we left, and then we headed down to Ludlow, a medieval market village which has more listed buildings per head of population than any other town in England. Ludlow is particularly famous for it’s medieval castle, which housed famous residents like Catherine of Aragon and her first husband, Prince Arthur. It is also where Arthur died, and an old man at St Laurence’s church today told me he thought Henry VII had sent Arthur to Ludlow to finish him off. He knew it was cold and wet and Arthur had a sickly constitution, so it’s an interesting theory. Ludlow Castle also played host to Mary Tudor (Catherine’s daughter) and Edward V and Richard of Shrewsbury, the famed Princes in the Tower. It is a ruin similar to Conwy, but is a little more intact. It has only just been reopened after the winter, and a pigeon had made it’s nest right next to one of the staircases and gave us major stinkeye when we walked past it’s eggs. Hopefully they can arrange to have the nest moved, because it’s going to get accidentally stepped on otherwise. We also headed into the Tudor apartment bit and looked up to find ourselves surrounded by birds glaring at us.

Afterwards we walked through the Ludlow market and I had a quick squiz in St Laurence's Church, which has a stained glass window depicting a number of figures associated with Ludlow including Edward V, Edward VI and Prince Arthur. Then we stopped for lunch in a lovely little sandwich shop with a little Tudor sitting room upstairs. 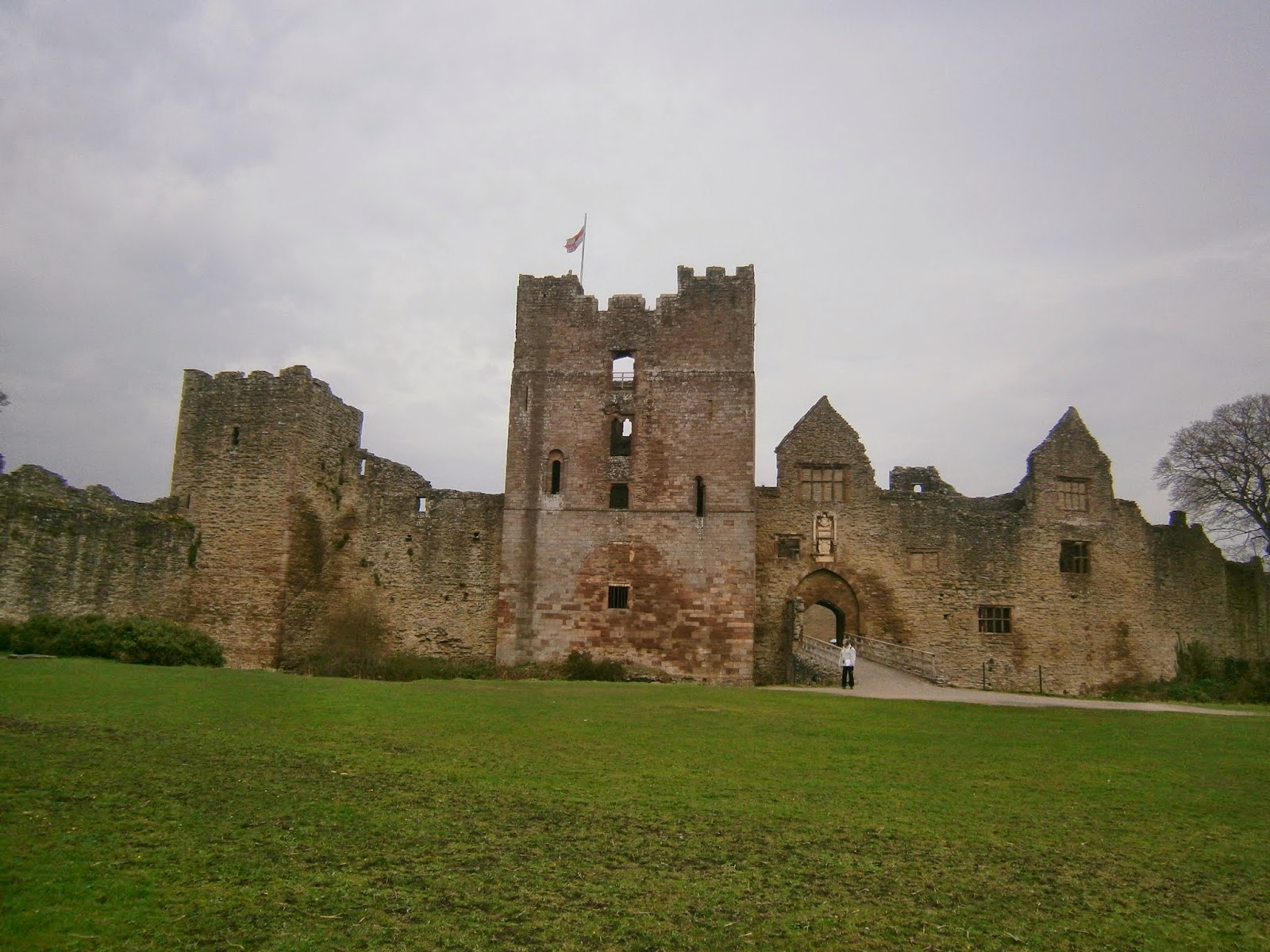 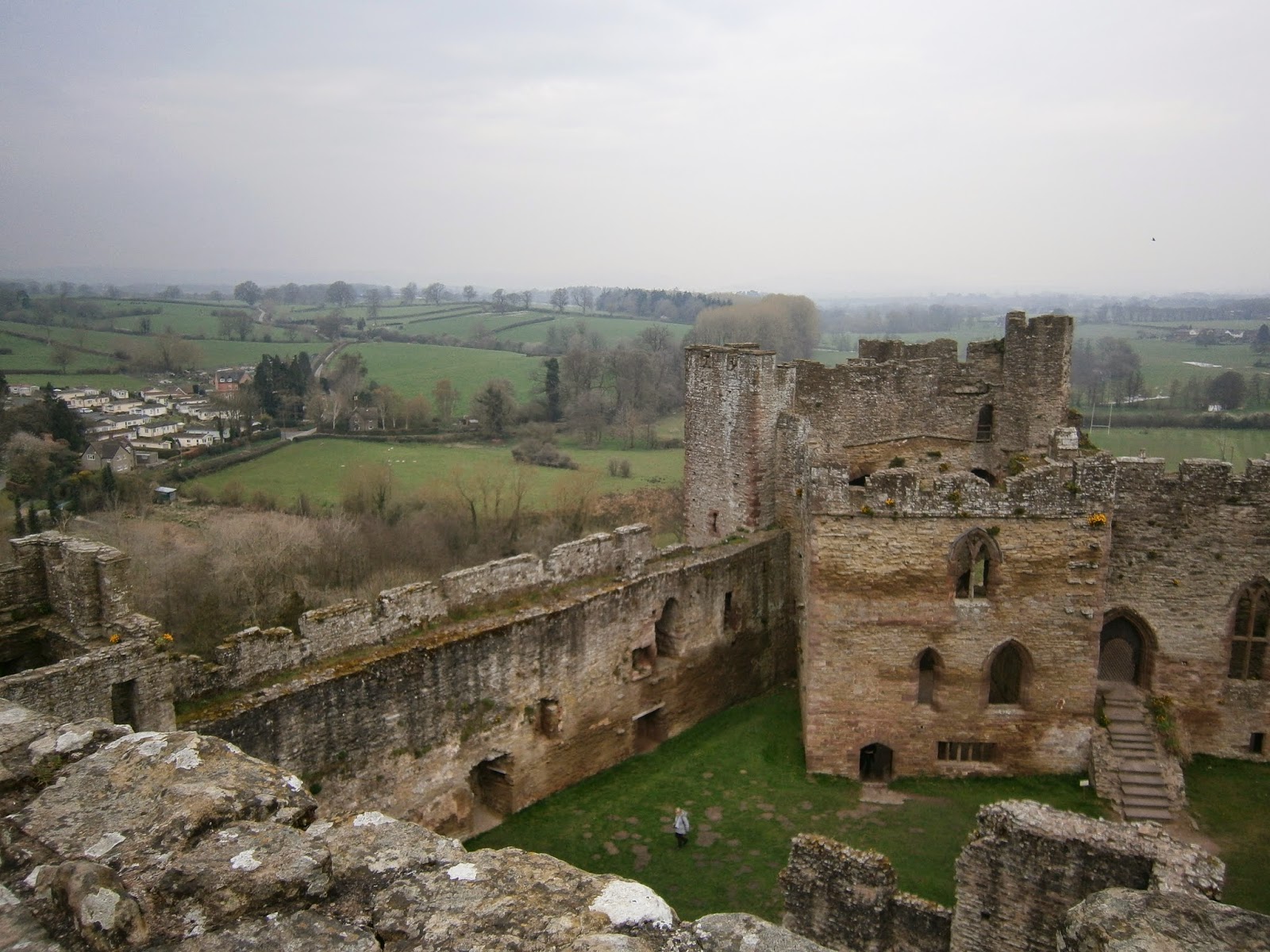 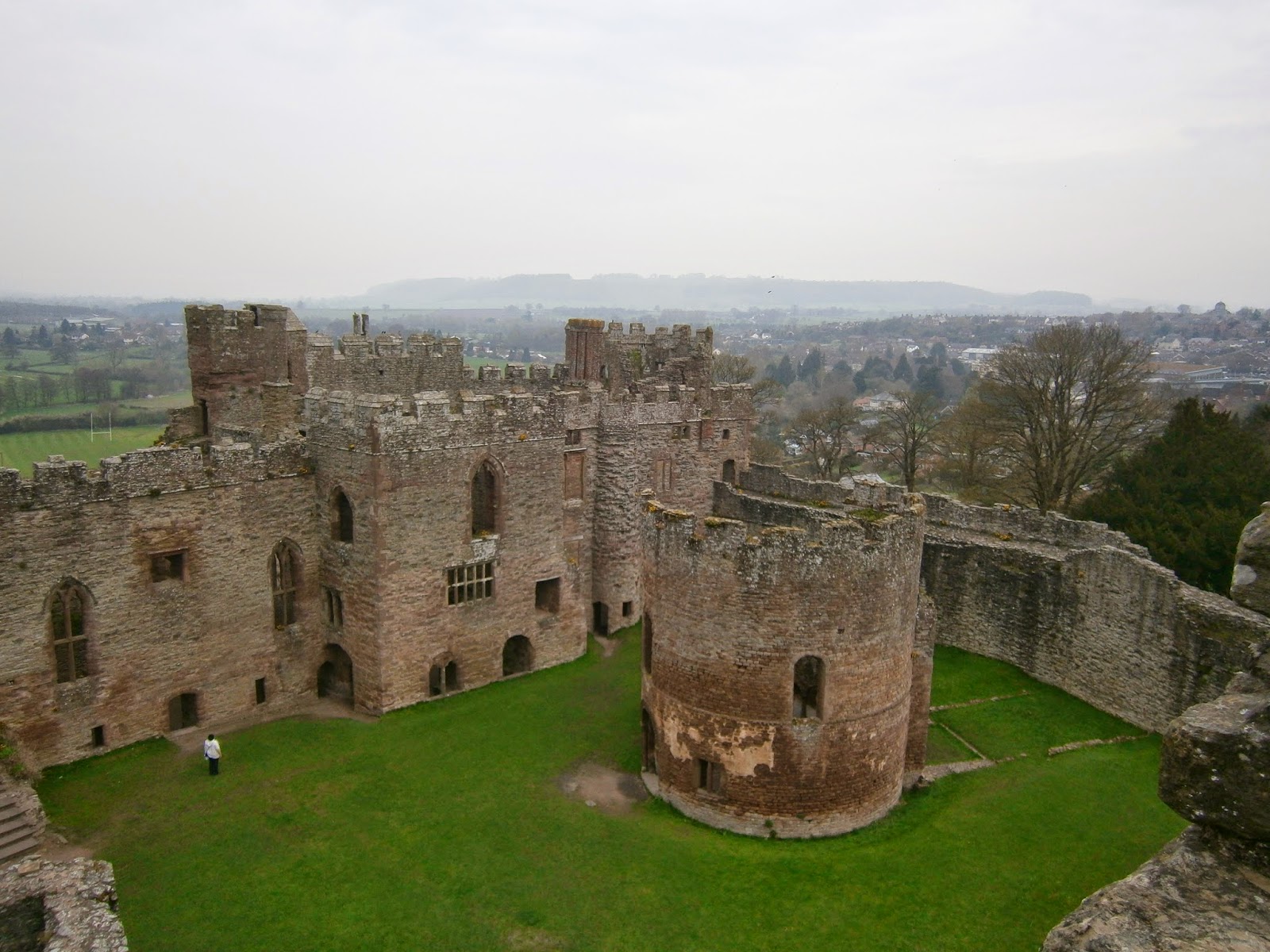 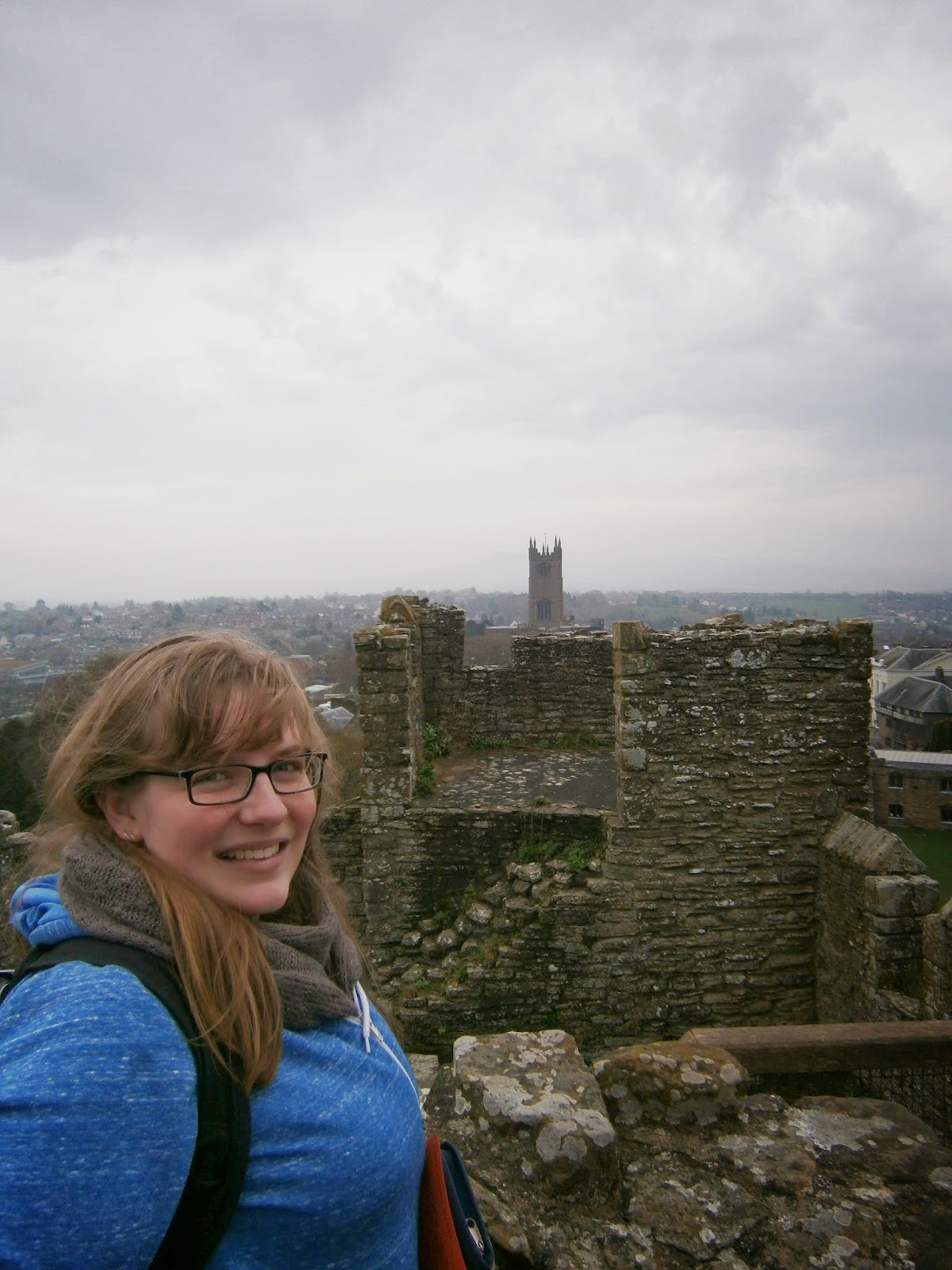 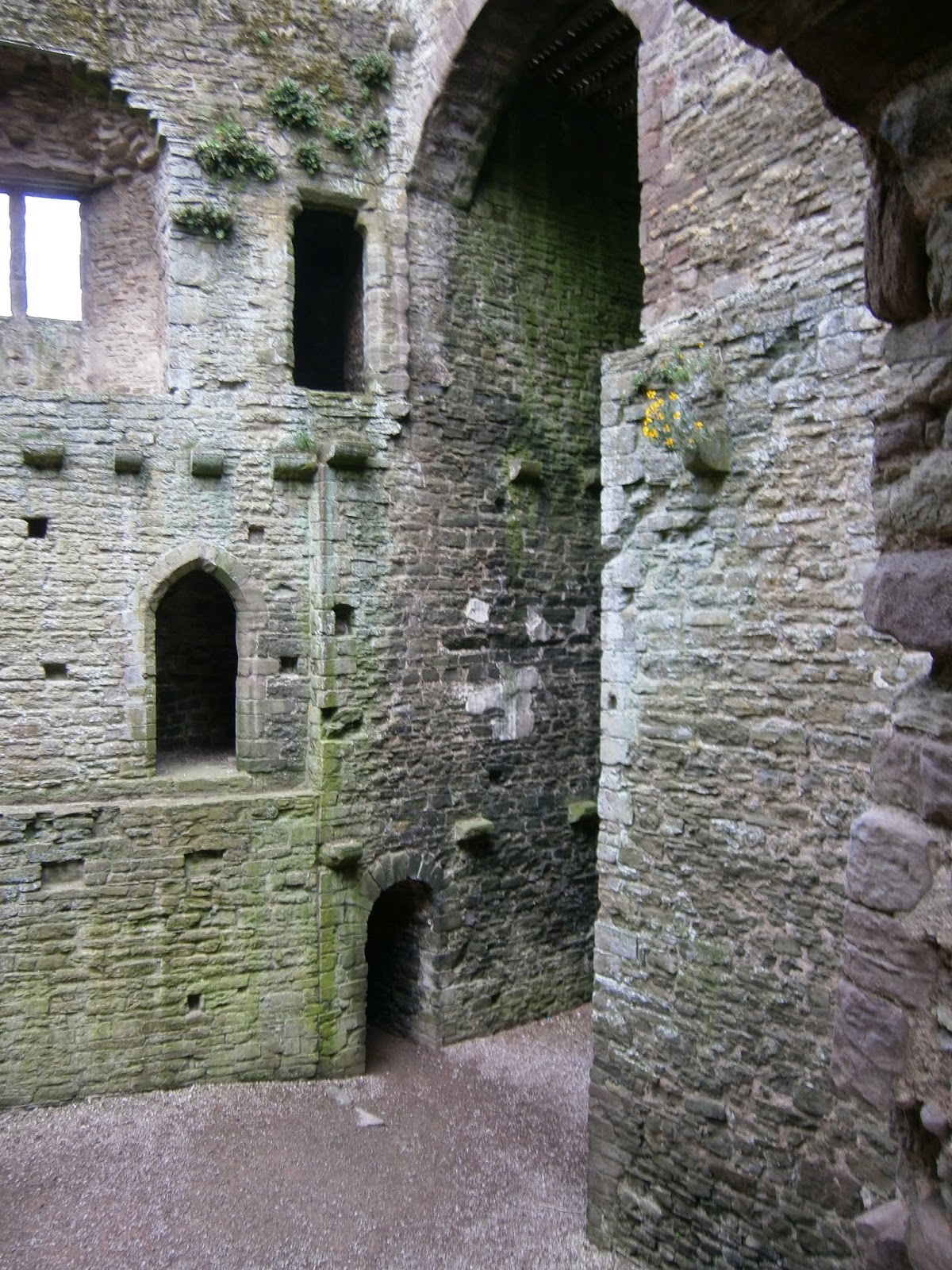 Then we jumped back in the car and as we drove, we saw some actual gypsies and their horses and caravans (forgive the political incorrectness. Do I say gypsies, Irish travellers or something else?). Then it was on to Hay-on-Wye! We are in a gorgeous little 2-bedroom cottage for 2 nights, with neck-breakingly steep stairs, so we are being very careful. We've had dinner and done two loads of washing, and been for a walk through the town. For anyone who doesn't know, Hay-on-Wye is referred to as 'the town of books' and is stuffed to the brim with bookstores. Obviously, it has been a longtime dream of mine to come here. I'm going to sit down and plan my day tomorrow to get the most out of it. Cannot. Wait. 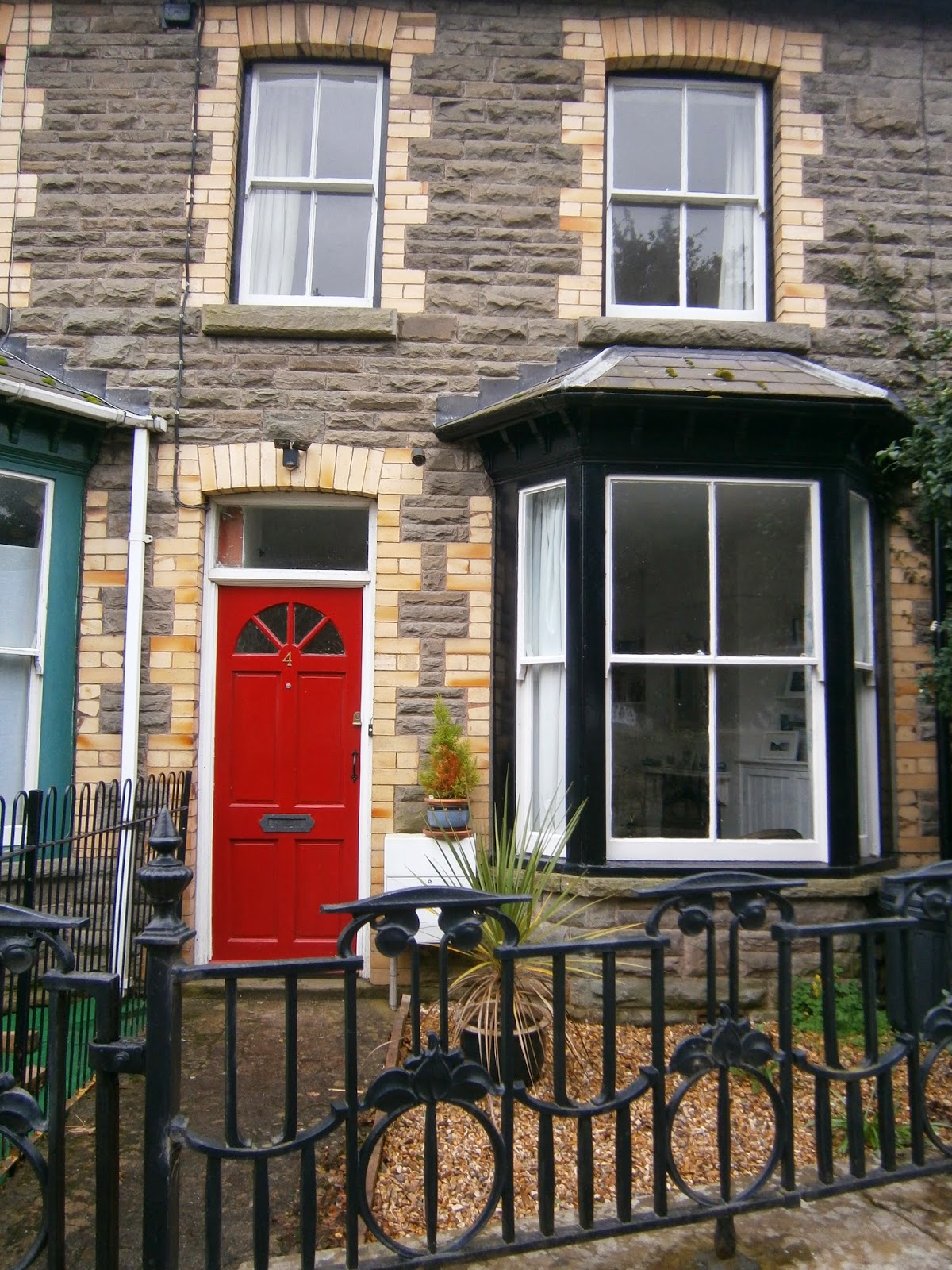