Today I did the same tour that I did back in 2012 because I had enjoyed it so much with Sean, Jules, Cara and Alfie and I wanted Marnie and Mum to experience it as well. There's been a couple of changes in the last two years, but it was still brilliant, and we had a great guide, Asa, who spoke all the Scandinavian languages as well as French, German, Spanish and English.

No, she was brilliant, and she looked after Marnie so well, making sure she was sitting down when there were rest opportunities and expressing her admiration at Marnie's stamina - a three-hour walking tour is no mean feat for an 80-year-old. I love bragging about my grandmother to people. They're always so impressed, as they obviously should be.

I decided to link back to my original blog entry for this tour from two years ago, and when I went back to check the link I was AMAZED at the quality of my writing. To put it bluntly, I have become so lazy with blogging. Maybe I just get tired more easily, but I was writing essays of prose every night two years ago, putting in a lot more effort than I do now. I started this blog for my 2012 trip, to keep Mum and Dad updated particularly, but moreso for myself, to keep a record of my travels as a diary so I can read back and reminisce. And it has stayed that way, through my travels to Japan and this current trip. I used to pour in the detail and my own little comments and asides, but now it's more just a progression of sentences explaining what we've done in the simplest way possible. It's a little sad to realise this, but I know that the blogs will still jog my own memory, and that is the point of them after all. Anyway, to read the blog about this tour from two years ago, click here.

We went a slightly different route, but still heard all manner of stories about the ancient history of the city, first settled in about 500 BC, Notre Dame cathedral (did you know we get the English word 'gargle' from the sound the cathedral gargoyles make when the water drains through their mouths?), the embankment of the river (turned into beaches with tons of sand in the summer), the river Seine (where we saw fire-fighters swimming for safety practice), Pont Neuf (with the stone faces based on the court sketches of Henry IV's drunk mates), the statue of Henry IV and the story of his 'conversion' to Catholicism and assassination, the Institut de France which houses the Academie francaise (which polices the development of the French language - they had to decide if the iPad was masculine or feminine, as all French nouns are gendered, and eventually settled on masculine because it can be turned on easily and doesn't always work), the Pont des Arts (most famous for the love padlocks attached to it), the Louvre, the Jardin des Tuileries (which btw, includes a GORGEOUS bookshop that I hadn't seen before), and finished at the Place de la Concorde, site of the guillotine and the obelisk gifted to Napoleon from Egypt. I was so pleased that Mum and Marnie were able to do this tour and that they enjoyed it so much.

We walked for a very long time afterwards, past all the souvenir and bookshops along the Seine where I bought a French copy of Harry Potter and the Chamber of Secrets because I can, until we found a restaurant that wasn't too astronomically expensive and had omelettes and croque monsieur for a late lunch. Then we walked back to Place Saint-Michel (where the tour began), got coffee, and walked to Shakespeare and Company, the gorgeous English-speaking bookshop opposite Notre Dame. I've never seen it this busy before - there was a queue to get in - but it passed quickly and I walked in and breathed in the smell of books and walked up the stairs to see the tiny, poky shelves with beds for the tumbleweeds tucked between them and the white cat that lives there and the millions of books and I could have stayed there forever. But I didn't - I'll probably go back later to buy a book there though. It's a truly wonderful place. Then, finally, home time. We battled back through the metro (much busier during peak hour, obviously), got back to the apartment in Montmartre, ate a quick dinner, then headed out to find an ATM and buy crepes. I went to the same creperie that I went to two years ago (a tiny little hole-in-the-wall on Rue Lepic) and had nutella and banana. NOW, I feel like I've arrived in Paris. Perfection. 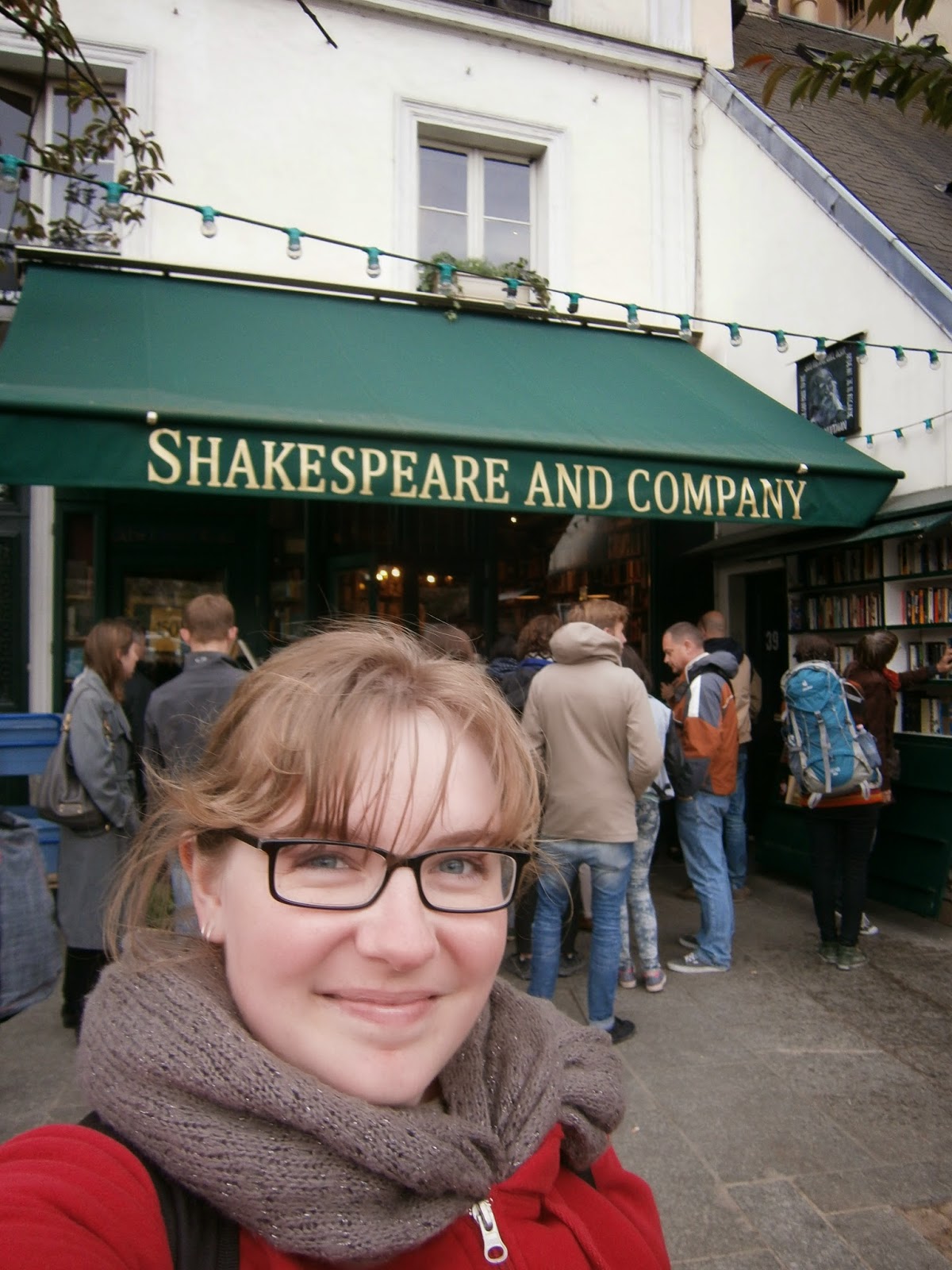 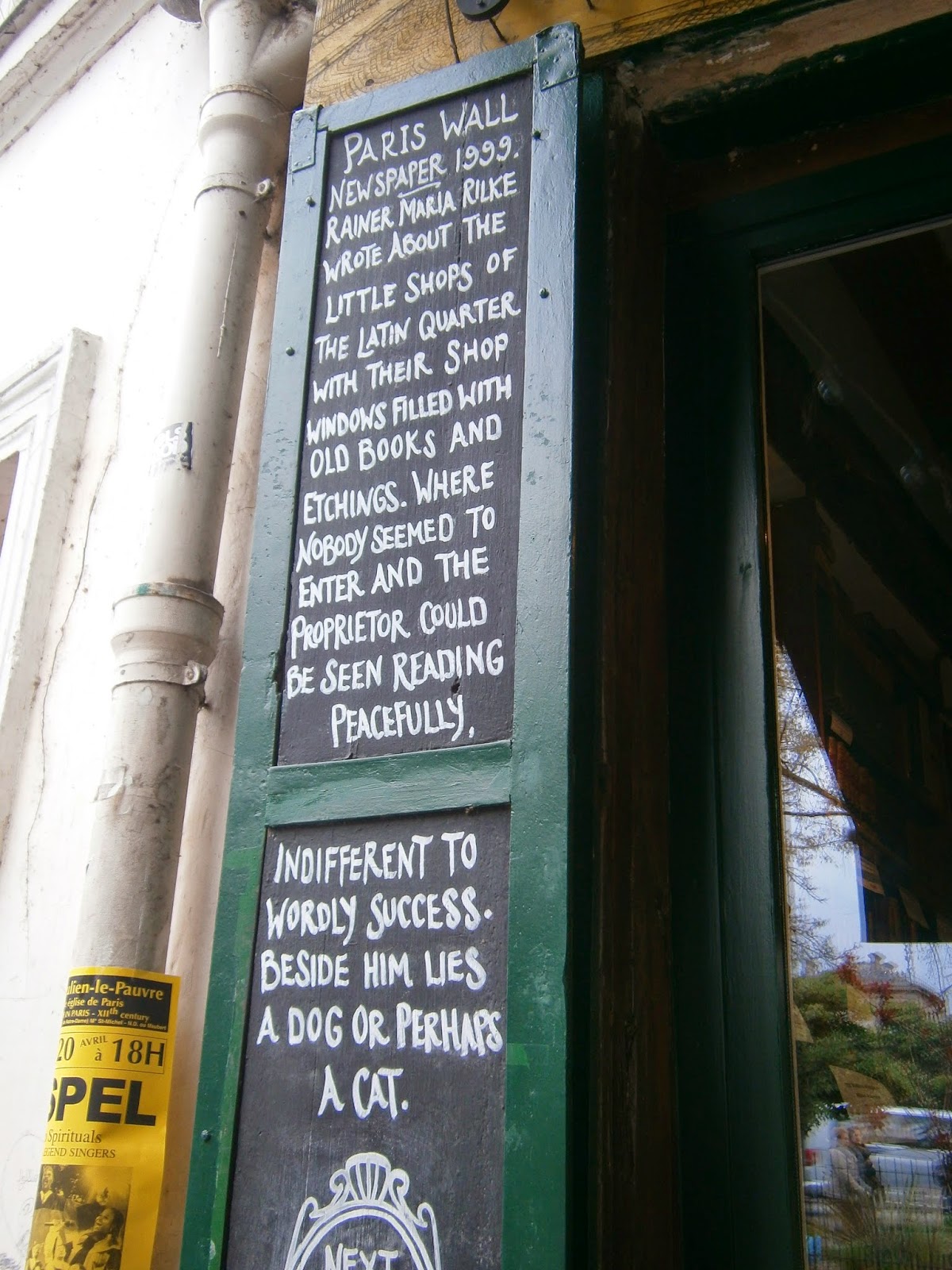 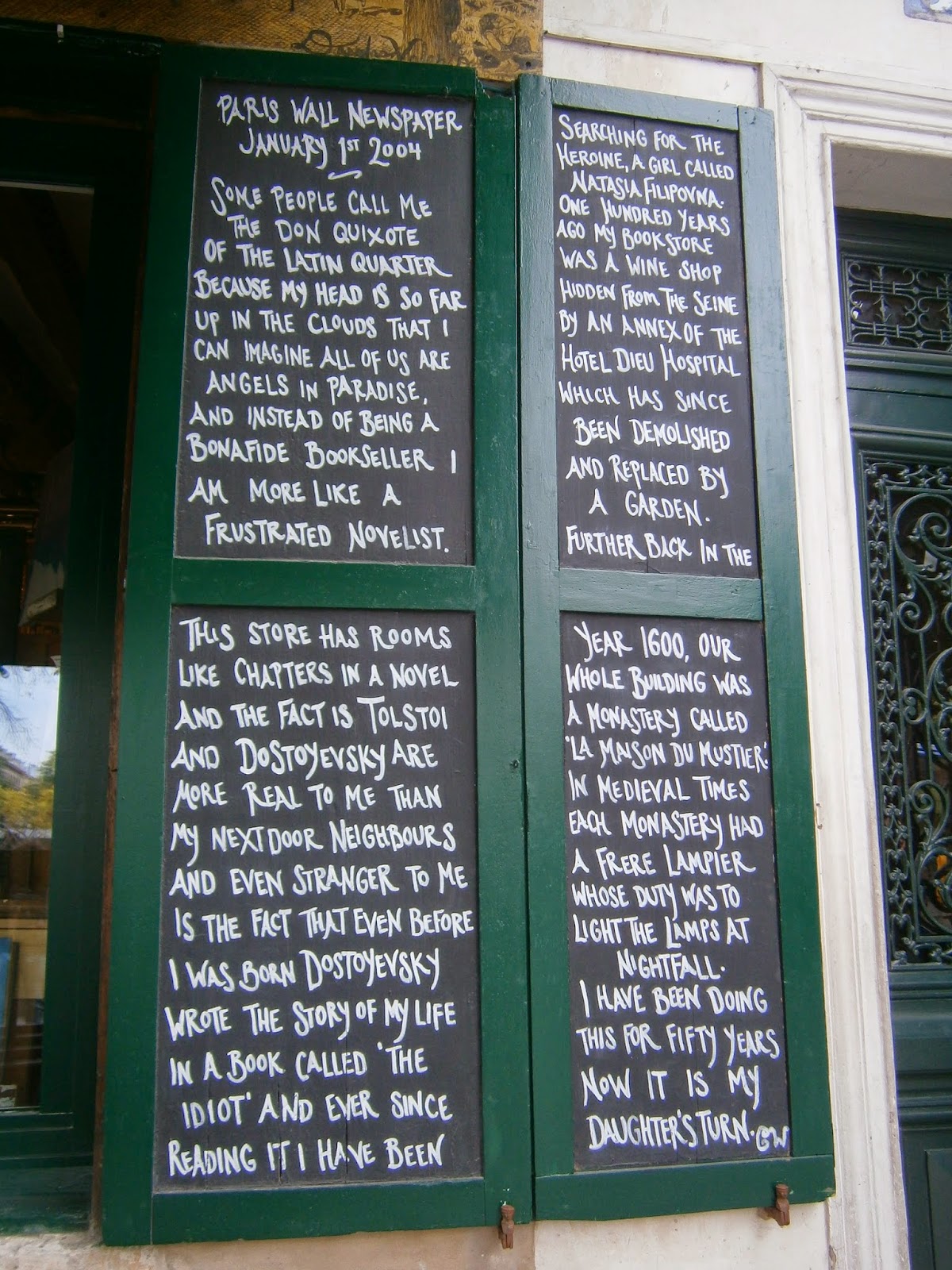