We had a HUGE day yesterday (hence me posting this in the morning rather than last thing at night). We headed to Tokyo station to sort out our JR passes, and then met my fabulous friend Reiko in time for a walking tour of the Imperial Palace gardens. The walking tour was free, but we tipped at the end (the only time in Japan it's really acceptable to tip - because they said it was okay) and it was quite informative and entertaining, though we had lots of trouble hearing the guide unless we were right up close. 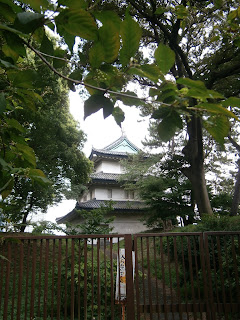 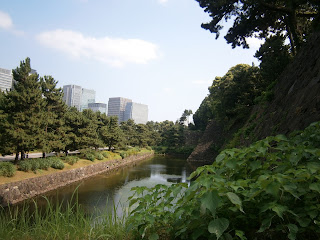 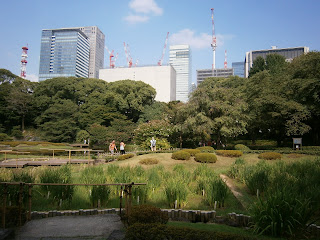 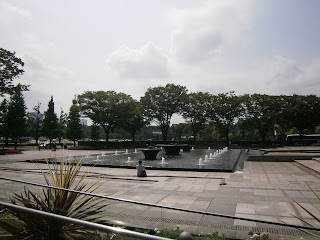 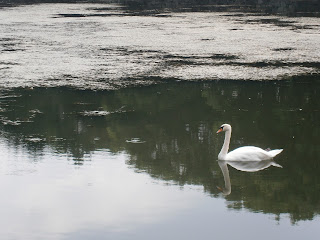 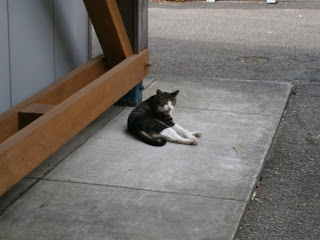 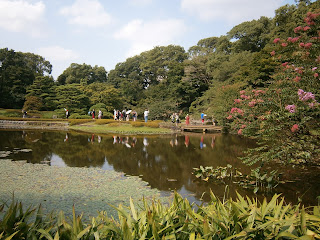 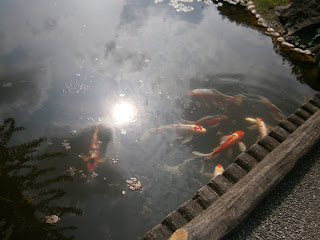 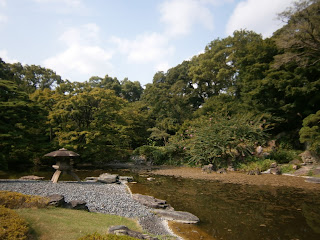 It was slightly less hot than the day before - blissful - and we picked up a new mate from America, Michael, who came with us afterwards to meet Reiko's friend, Shogo, and his mate, Motoki. The six of us spent the rest of the day together, starting with drinks in a blissfully cold cafe in one of Tokyo's many massive shopping centres. 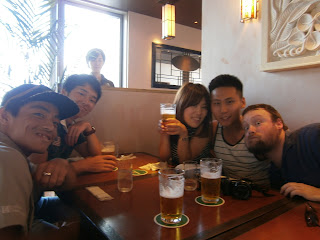 We then headed to Shinjuku, and I didn't think it was possible, but I found it even more awe-inspiring than Shibuya OR Akihabara. Walking around Shinjuku on a Saturday night is like White Night in Melbourne. We went into all different shops and arcades, and took photos at those crazy booths and played more Initial D racing games (Dad, I picked a Honda NSX!). 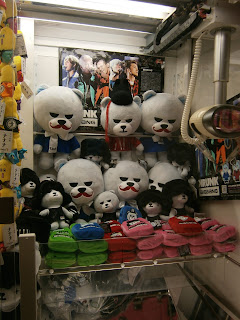 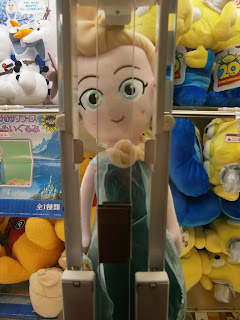 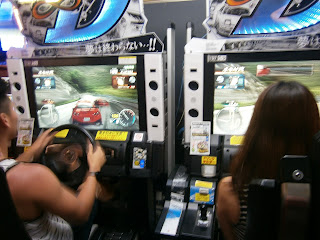 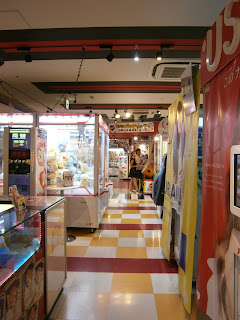 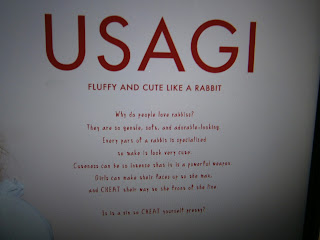 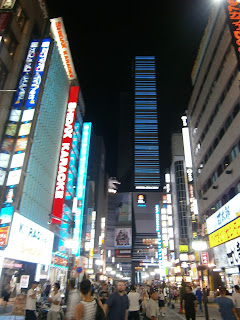 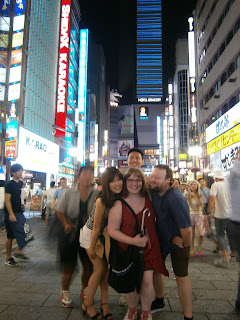 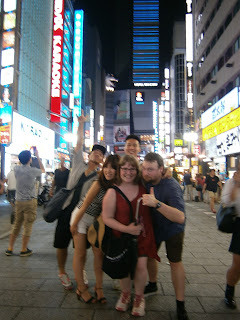 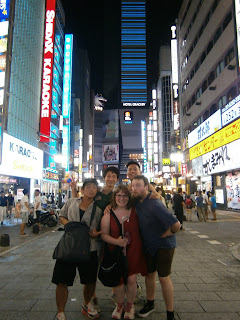 Then we went to this FANTASTIC okonomiyaki place Motoki found, where we made our own on the grill at the table!! And I drank heaps of umeshu, it being my new favourite thing. We had okonomiyaki with squid, okonomiyaki with beef and 'devil's tongue', and Tokyo-style okonomiyaki which was almost liquid-y. Really delicious, each and every one! Finally, to top off a truly Japanese evening, we ended up at an awesome karaoke place, drinking Japanese whisky sodas and belting out classic hits such as "Let It Go" (Frozen is everywhere, Frozen is life, you can never escape Frozen, no matter how far you travel), "Seasons of Love" (I got the high note, shit yeah), "Space Oddity", "Love Story", "Part of Your World", "Empire State of Mind", "I Don't Wanna Miss A Thing", "The Lazy Song", and a bunch of others I can't remember, including a brilliant Japanese number that Reiko, Shogo, and Motoki performed WITH dance moves. We still managed to be home at about midnight, but spent some time up on the terrace, which is the perfect place to be at night, when it's still warm, but not too hot, with a cold drink before bed. And then I slept until 10.30 this morning. 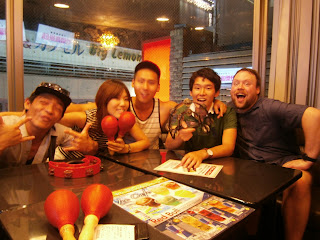 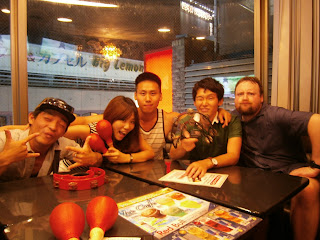 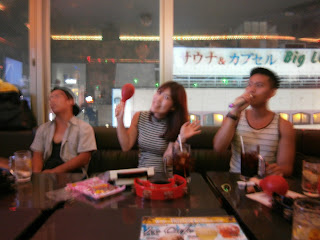 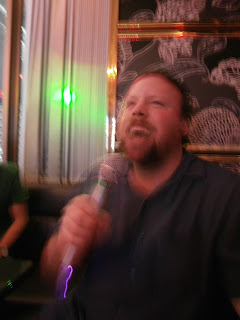 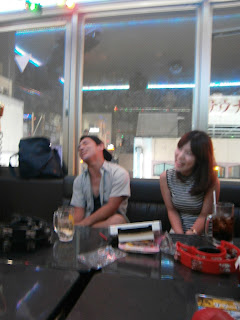 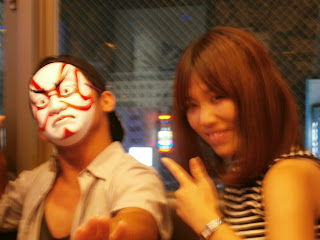