We slept in – hooray! And boy did we need it after last night. But we also had another reason to stay at the hostel this morning, and that was the mountain of sweaty washing we had accumulated in the short time we’ve been in Japan. We made use of the hostel washing machines, and our stuff was dry within an hour, just from hanging it on the terrace. The heat did not let up today.

We then walked to the station to take the train into Akihabara again, and bumped into three of the four Danish tourists staying at our hostel – Mads, Rasmus, and Karina – also going to Akihabara! When we exited the station at Akihabara, we instantly found Michael, our American friend from the walking tour and karaoke. We bumped into him completely by chance, and in a city of 12 million people, I think that’s pretty impressive.

Mads, Rasmus, Karina, and I went to have lunch – okonomiyaki again, yay! – and Michael and Sean went exploring around Akihabara. We joined up with Sean later, and Reiko joined us soon after. We wandered through different shops and huge crowds, playing arcade games, shopping, and looking at the maid cafes, though we didn’t get a chance to go in one. A guy approached us on the street and asked where we were from, and then showed us a photo album of him at all these different maid cafes, which, while friendly, was a bit weird. On Sundays, they block the roads off in the main part of Electric Town so you can walk everywhere without worrying about cars. 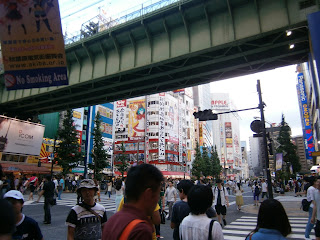 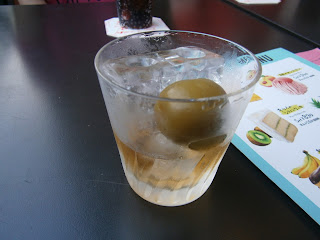 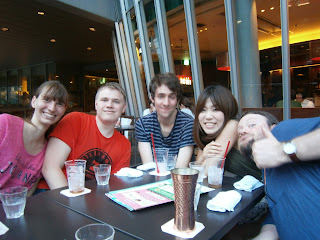 We had a drink and a rest – I’ve been having so many glasses of umeshu (plum wine) with ice, the perfect remedy to the heat – and then met Julie, the other tourist from Denmark, and all went to a restaurant for shabu shabu! Shabu shabu is Mitch’s favourite food, so I was interested to try it. It’s an enormous hot pot, where they give you really thin slices of beef and pork that you drop into the hot pot for a few seconds to cook before you dip it in sauce and eat it. It was perfection – completely delicious, and confirming what I have always known: Japanese pork is a million times better than Australian pork. 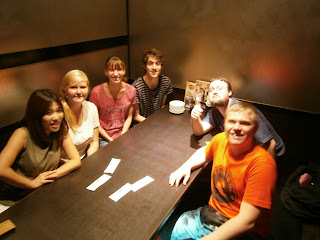 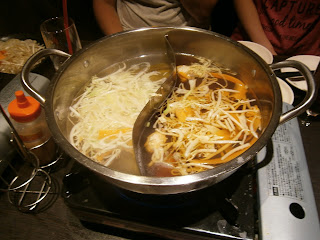 On the train home we said goodbye to Reiko, who I will miss insanely, and when we got back to the hostel we all went up to the terrace with drinks and stayed up way too late chatting. Learning about Denmark was brilliant, another reason to add Scandinavia to my travel itinerary!

This morning we navigated the trains like a pro. Peak hour on the Tokyo metro wasn't quite as horrific as it was two years ago, and I think it's because this week is the Obon festival which means more people were on their summer holidays. We were at our Shinkansen with plenty of time, and I spent the trip reading, eating my bento box for lunch, and mucking around on the computer. Our change at Okayama was only 4 mins, so I was nervous we would miss it, but we literally only had to cross the platform, so there was no trouble! 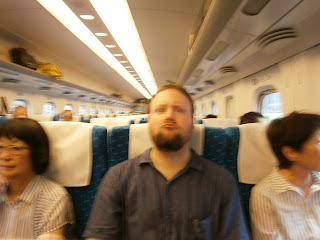 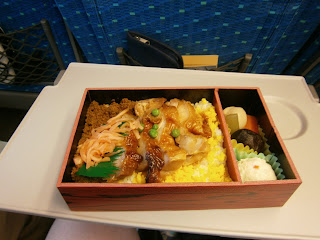 Once we arrived at Hiroshima station, we got pretty lost trying to find our Airbnb. But Sean and Google Maps saved us, and we collapsed inside our tiny, tiny apartment, put the airconditioner on, and promptly fell asleep (me, not Sean). After a nap, some reading, and a shower, we hit the town. We went to Ippudo for dinner, an excellent EXCELLENT ramen restaurant, which did not disappoint. Then we went for a long, meandering walk. We found a tiny English language section in a bookshop, had chocolate slushy sort of things, and ended up at the A-Bomb Dome and the Peace Park, which was incredibly beautiful in the night. The cenotaph was still covered in flowers from the 70th anniversary commemoration a few days ago, and it was really peaceful - a welcome change from the craziness of Tokyo! 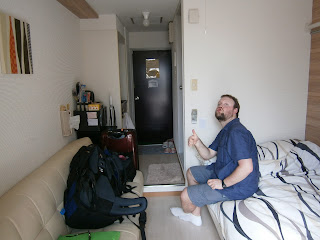 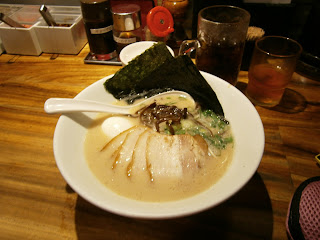 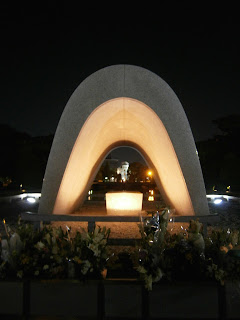 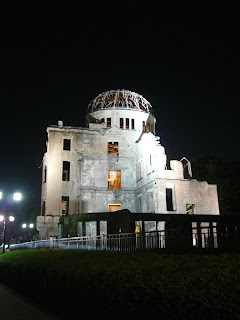